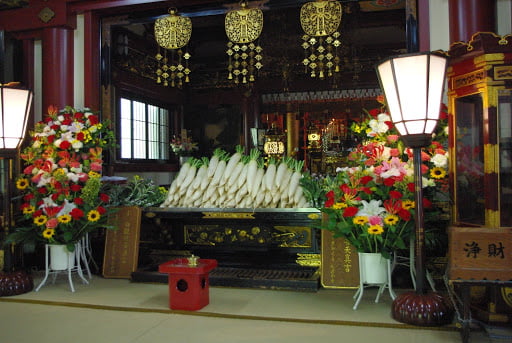 Lord Ganesha is as loved in Japan as he is in India, where he is being worshipped since the eighth century.

The country is said to have 250 temples dedicated to the elephant god but of course, the form is completely different from the Hindu god.

He evolved in Japan from the Tantric form of Buddhism that had emerged from Odisha, which then travelled, first to China and then to Japan.

Professor and Head, Department of Ancient Indian History, Culture and Archaeology, Utkal University in Bhubaneswar, Odisha, Dr. Sanjay Acharya said, “Buddhism and Jainism were
rebel children of Hinduism. Buddhism split into Hinayana and Mahayana, with the latter eventually bringing in idol worship. Interestingly, it was in protest against the ritualistic practices which had crept into Hinduism that the new religion Buddhism had come up.”

Odisha is believed to be the land where Tantricism evolved, he said. Esoteric Buddhism, in its different forms like Vajrayana, Sahajayana and Kalachakrayana were practiced in Odisha.
“Art and architecture were never a monopoly of any one religion. Religion too has gone through a process
of acculturation,” he added.

The changes which Lord Ganesha undergoes may be many but with his distinctive elephant head, he remains the ever-wise and remover of all obstacles.

Tokyo has the 8th-century Matsuchiyama Shoden Temple, dedicated to the Japanese deity Kangiten, which is how Ganesha is
called in his Japanese ‘avatar’. He is also known as ‘Shoten’ and more interestingly ‘Ganabachi’ and ‘Binayakaten’.
How Tantra, in which female energy or Shakti plays an important role influenced his iconography can be seen in Japan.

Kangiten is depicted as two Vinayaks embracing each other symbolising the union of the individual with the universal spirit or  Lord Ganesha embracing a female elephant or “shakti”.
The statues of these embracing deities are usually not shown to the public, because of the sexual implication. They are kept in
boxes, closed doors, and brought out only on ceremonial occasions, sometimes after a gap of 50 years. 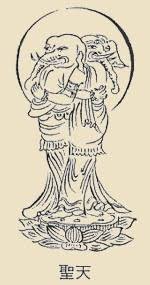 Here we also find Kangiten with a white radish in one hand which is an aphrodisiac and has significance in Tantric context. In popular worship, people pray to him for conjugal harmony, good marriage, and children.

Kanginten is known as the God of Joy and Bliss.

Initially a minor deity in Shingon Buddhism in the ‘Heian Period’ (794-1185 CE), Kangiten emerged as an independent God.
In religious texts, Tantric rituals to be performed during the worship of Kangiten are called ‘Sho Kangiten Shikhio.’

On Mount Ikoma close to Osaka, is the beautiful Hozanji Temple dedicated to Kangiten. It was established by a seventh
century Japanese monk, Tankai. The merchants of Osaka city worship him for their prosperity.  A cable car was built here in 1918.
Soon, Hozanji became a very wealthy temple complex. Due to its great popularity, the first Japanese cable car was bulit here in 1918.

In the Edo period, there are said to have been about a thousand temples dedicated to Kangiten and a large number of devotees visit them. White radish and wine (sake) is offered to the deity. 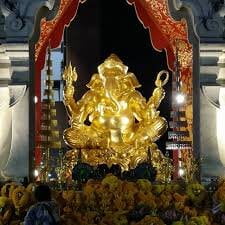