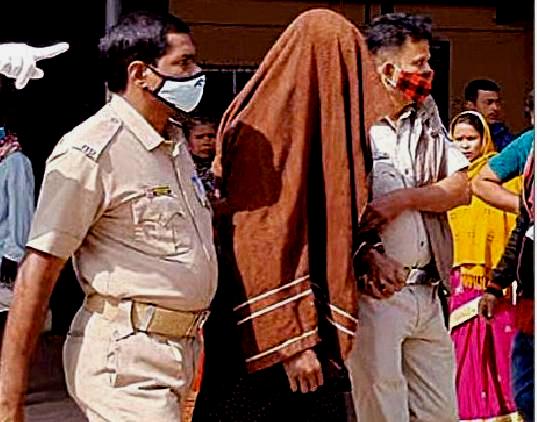 Jajpur/Bhubaneswar: Police have found evidence of murder in the death of Jharaphula Nayak, a student of Rama Devi Women’s University, whose body was found on a roadside at Mulapala under Kuakhia police limits in Jajpur district 10 days ago.

A police officer, who is part of the investigation, said Jharaphula’s boyfriend and prime accused, Rakesh Swain had confessed this during interrogation and the autopsy report also points to homicide.

Also during the crime scene recreation, some eyewitnesses told police that they had seen Jharaphula and Rakesh quarrelling at the guest house in Bhubaneswar where the two spent the night of January 26.

“The death of Jharaphula Nayak is not natural as she was murdered by Rakesh following a heated argument. The accused has also confessed to choking the girl to death. The autopsy report also pointed to death by asphyxiation,” the police officer said on condition of anonymity. 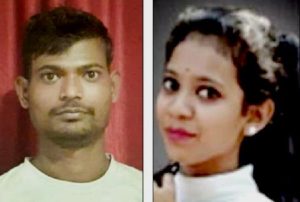 According to the investigator, some staff of OYO Shri Sai Guesthouse told police that they had heard Rakesh and Jharaphula quarrelling inside Room No. 201 on January 26. However, they could not say why the two were fighting.

During the quarrel, Rakesh had killed Jharaphula by throttling her, the officer said. “After killing her at the guesthouse in Bhubaneswar, Rakesh and his friend, Shakti Sekhar Swain alias Sekhar, took the girl’s body on a scooter to Mulapala the next day and dumped it there to destroy evidence,” he added.

After this, Rakesh threw Jharaphula’s mobile phone near the place where her body was dumped. The accused told this to police interrogators.

Police, however, did not find the mobile phone during the crime scene recreation. It later emerged that a local had found the phone on January 27 and taken it with him. The man has handed over the phone to police, who said it is a vital piece of evidence that will help in the investigation.

Police have also seized a dress of Jharaphula from the dickey of the scooter (on which the body was carried) after it was traced near an under-construction house at Sundarpada in Bhubaneswar on February 1. Police said Rakesh had deliberately hidden the dress of his girlfriend along with the scooter.

In another development, the district and sessions court in Jajpur on Friday remanded Rakesh to judicial custody till February 12.

Meanwhile, Rakesh’s friend Sekhar, who had driven the scooter for dumping the body, is still absconding.

Police sources said they have laid a trap to catch him. Sekhar is said to be in touch with his relatives and friends at Sundarpada and an area on outskirts of Bhubaneswar. “We are keeping watch and he will be nabbed soon,” a police source said.