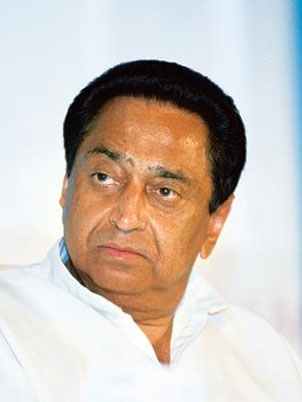 Bhopal: Kamal Nath, the Chief Minister of Madhya Pradesh, resigned on Friday ahead of the floor test.

Earlier, Jyotiraditya Scindia joined BJP along with 19 other MLAs, leaving the Congress with only 92 seats. The BJP now effectively has 107 seats, four more than the halfway mark of 103. The Bahujan Samaj Party has two seats and Samajwadi Party has one.

Speaker NP Prajapati has also accepted the resignation of Scindia and 22 other members of the legislative assembly, reports said.

Kamal Nath accused the BJP for holding MLAs hostage in Bengaluru. “The truth will come out. People will not forgive them,” he said.

“I proved my majority several times in the past 15 months. BJP ruled for 15 years whereas I got just 15 months. BJP conspired with a leader and 22 MLAs and they took the MLAs to Bengaluru,” said the veteran Congress leader.

The Supreme Court had ordered a floor test which was to be completed by 5pm on Friday. It would have been carried out by show of hands in the state assembly.

Justice For Nirbhaya: Four Hangings At One Go — First For Tihar, Second For Country

Mahatma Gandhi, The First Celebrated Indian To Declare His Love For ‘Pakhala’!