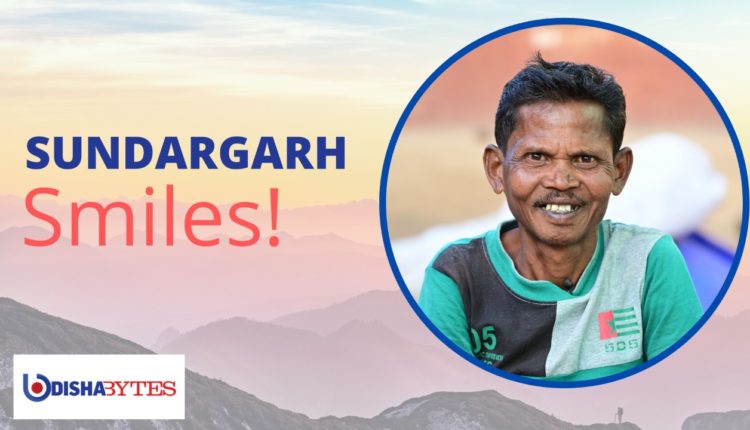 Sundargarh: Joseph Tirkey of Sambalpur had lost his right leg in a train accident in 1996. Now, he is able to walk on his own after a gap of 24 years due to the cutting-edge robotic technology used at the Advanced Rehabilitation Centre (ARC) here.

Mahendra Das of Bargarh, who had lost his left hand and leg in an electrical accident 19 years back had lost all hopes of living a normal life. Now, with tailor-made artificial limbs, he is able to stand erect and dreams of taking his life forward. Joseph and Mahendra are among over 200 beneficiaries, mostly from the economically backward sections, who have benefitted from the artificial limbs and free robotic physiotherapy provided at ARC.

ARC, a part of the larger development vision of the district administration, is housed on the campus of Sundargarh District Headquarters Hospital (DHH) under the aegis of the Department of Social Security & Empowerment of Persons with Disabilities (SSEPD) of Odisha Government with the financial support of Sundargarh District Mineral Foundation (DMF). 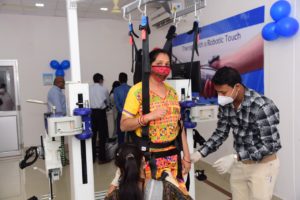 It is the second of its kind facility in Odisha, in operations, and the only one in the western districts after the state capital Bhubaneswar. It provides free robotic physiotherapy, treatment following cerebral palsy, brain stroke and spinal injury. It has facilities for advanced robotic rehabilitation training and artificial limb making. The facility is meant for the people of Sundargarh, Jharsuguda, Sambalpur, Bolangir, Deogarh, Bargarh and Kalahandi districts.

Free artificial limb transplantation is done for beneficiaries with an annual income of less than Rs 2,40,000, BPL card holders, persons having ration cards and those getting disability allowance. Other beneficiaries can avail the services by making the payment prescribed by the government. They are provided a 15 per cent discount over the rate fixed by Govt. of India.

Stories of the services provided here have spread both through word of mouth and the media. The family members of Priyanka Besan, a 12-year-old girl of Sundargarh town came to know about ARC from the TV. Priyanka was unable to walk properly since childhood. “Although my leg was operated upon in Nagpur, for various reasons, I had not received proper physiotherapy. Now, with robotic physiotherapy, I can walk,” said Priyanka.

Physically impaired people from Koraput, Malkangiri, Ganjam districts, far off from Sundargarh have started calling up the district helpline number 1800 345 7461 for enquiry. A patient from Maharashtra and another from Chhattisgarh have also benefited from the free robotic physiotherapy of this centre.

Modern science within the reach of the poor
Although most of the poor beneficiaries are ignorant about the intricacies of robotics, this advanced field of scientific development has started to benefit them. At this ARC, artificial limbs are not manufactured manually. According to Kiran Nayak, an artificial limbs expert at Sundargarh ARC, they design and prepare artificial limbs using computer-aided designing and manufacturing technology. So, the prosthetics completely match the needs of the beneficiaries. 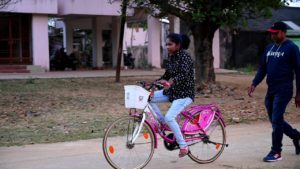 “Mahendra had lost his leg above the knee. With general implantation, he would have had to keep his right leg straight all the time. But the artificial limb designed and fitted by us has enabled him to bend from the knee while walking”, said Pratyush Kumar Biswal, an artificial limbs expert at the ARC.

“ARC Sundargarh, an advanced facility for persons with disabilities, provides need- based services in the areas of orthosis and prosthesis. People once fitted with tailor- made artificial limbs are being trained at the centre on how to make the best use of the attachments. Rehabilitation therapy for post-trauma patients is also a focus area for us,” said CM Shankar, incharge of the centre.

Robotic physiotherapy is helping out persons suffering from stroke-induced paralysis like Mahasweta Patel and Gangadhar Sa of Sundargarh. Cerebral strokes had paralysed the left part of the bodies of both. “Robotic physiotherapy has reactivated my defunct nerves and my left limbs have started to work,” said Gangadhar. “I had to undergo brain operation in Bhubaneswar following a cerebral paralytic stroke. Physiotherapy at home had not brought in much result but the free robotics-assisted physiotherapy has provided hopes that I will get well soon”, added Mahasweta.

New Hope
As a provider of new hope to the physically challenged downtrodden, this ARC has become an identity for Sundargarh. “This centre is bringing extraordinary and exemplary transformation in the lives of several PWDs. The prosthetics provided by our ARC using robotics are quite advanced with better longevity and usability in comparison to conventional artificial limbs. It is a game-changer. We have been constantly trying to spread awareness so that more people can avail the advanced services at ARC”, said Sundargarh collector, Nikhil Pavan Kalyan.

To reach out to the needy living in rural areas of districts of Western Odisha and streamline their treatment through the Sundargarh ARC, the District Social Welfare Officers (DSSO) of Jharsuguda, Sambalpur, Bolangir, Deogarh, Bargarh and Kalahandi districts are in regular touch with their counterpart in Sundargarh. Moreover, beneficiaries can avail the services by contacting the 24X7 Toll-Free District Helpline Number 1800 345 7461.