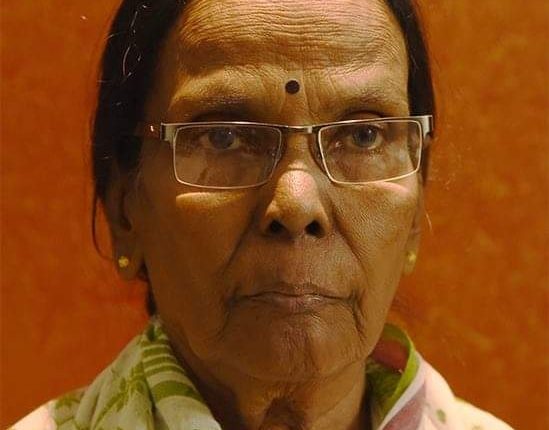 Bhubaneswar: Eminent vocalist of Odisha Shyamamani Devi, who has been nominated for Padma Shri award for her contribution to the field of arts, is an established name in Odissi music.

Shyamamani is highly acclaimed for her renditions of Odissi, Chhanda and Champu, authored by medieval Odia musician-poets Upendra Bhanja, Baladeba Rath, Banamali Das, Gopalakrusna and others. She is also known for her renditions of light music such as traditional Odia folk music and modern songs.

But her rise to popularity and fame was not an easy path. When she started singing at the age of 12, she had to face criticism and strong opposition from the society at a time when singing by a girl was looked down upon.

Undeterred by the obstacles, Shyamamani continued to pursue her passion to singing and music. She started her singing career at All India Radio, Cuttack at the age of 12 in 1950.

She has taken training in classical music from Adiguru Pandit Singhari Shyamsundar Kar and Sangita Sudhakara Balakrushna Dash. Later, she pursued a course in voice culture under BR Deodhar.

A disciple of Kundala Adinarayana Rao, she learnt light classical music from Nirmala Devi in Mumbai and Pandit Lakhmi Shankar.

Known as ‘koel’ (cuckoo) of Odisha, Shaymamani was inspired by the songs of her times like Lata Mangeshkar, Noor Jehan, Rajkumari and Siddheshwari Devi.

In the course of her singing career, she has been honoured with several awards including Odisha Sangeet Natak Akademi award in 1994, Lifetime Achievement award from Chandigarh University in 2004, Honourary Doctorate from Utkal University of Culture in 2012, Kabi Samrat Upendra Bhanja award and Guru Keluchanran Mohapatra Samman in 2017.

Youngest daughter of Rajendra Mohan Pattnaik and Nishamani Pattnaik, Shyamamani was born at Subarnapur village in Cuttack district on December 21 in 1938. She  completed her graduation from Shailabala Women’s College in Cuttack and got married to late Mayadhar Behera, who was a medicine practitioner. She has a son and two daughters.