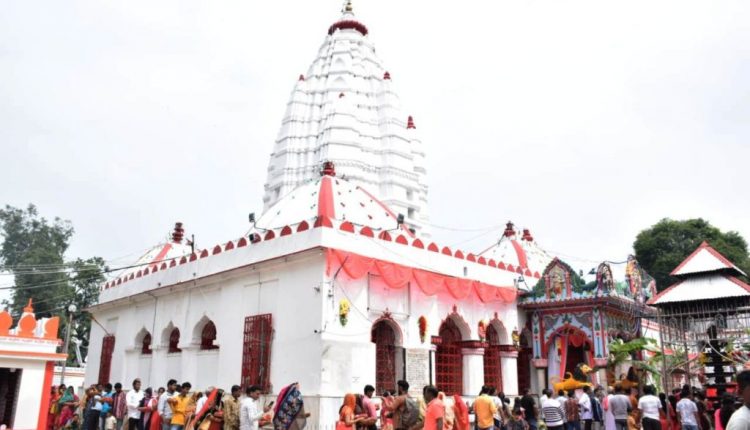 Bhubaneswar: The ‘lagna’ for offering ‘Navanna’ (new rice) to Maa Samaleswari, the presiding deity of Odisha’s Sambalpur, on the day of Nuakhai was fixed on Friday.

As per tradition, the Brahmamandap Pandit Mahasabha of Maa Samaleswari temple in the city finalised the ‘lagna’ after calculating the auspicious time and days as per the Odia almanac. The ‘Lagna’ is usually finalised on Nanda Utsav, a day after Janmashtami.

The Mahasabha announced that the ‘Navanna’ will be offered to the deity of the temple between 10.56 a, and 11.10 am on September 1. The ‘Lagna’ holds significance as all people of Sambalpur and its adjoining areas would follow it while celebrating the Nuakhai festival.

As part of celebration of Nuakhai, the people wear new clothes and carry prasad to offer to the deity of the temple. Normally cooked food of different varieties are offered to Maa Samaleswari.

Though Nuakhai is basically an agrarian festival, which is celebrated with offering made from new crop as on obligation to Mother Earth, it has assumed the shape of mass celebration in recent times. In villages, ‘Nuakhai Bhet Bhat’ (community meeting) is organised and younger people take blessings of the elders by wishing ‘Nuakhai Juhar’ (obeisance). Either a community feast is organised or people exchange the food prepared at their homes.