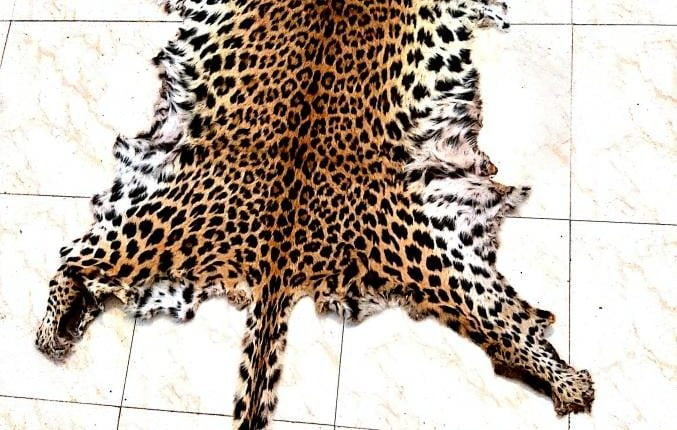 Nuapada: A leopard skin was seized and two poachers were arrested by a special task force (STF) of the Crime Branch in Nuapada district.

The two accused, identified as Seburban Singh Deo and Samansingh Majhi, were forwarded to the JMFC Court on Sunday.

According to sources, acting on tip off about an illegal deal of a leopard skin, the STF team raided a place near Palaspada Chhak under Sinapali police limits.

The two accused were arrested after they failed to produce any valid documents in support of possessing the leopard skin.

The seized leopard skin will be sent to Wild Life Institute Of India, Deharadun for chemical examination, the sources said.