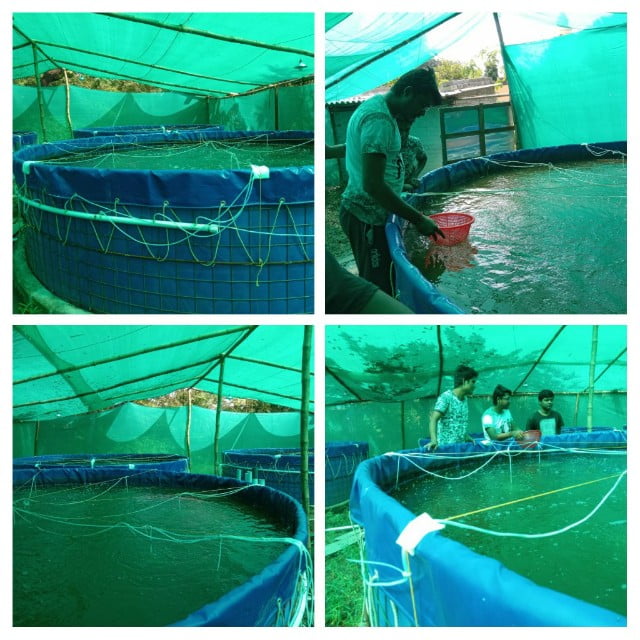 With the job market going through an all-time low, two educated youths from Dublagari village near Haldipada in Balasore district have decided to take the self-employment route instead of chasing after a job.

Rajesh Kumar Bera and Srikrushna Das completed their post-graduation in accounting from Maharaja Purna Chandra Autonomous College, Baripada and then fruitlessly spent around two years looking for a good job.

They applied for jobs and at times even appeared for interviews, but placement never happened. Luckily, the young men belong to a region where lot of people are into pisciculture. So both of them thought that instead of wasting time and money on coaching and job search, it would be better if they started their own venture. Accordingly they started looking around for some promising business opportunity and heard about bio-floc farming in the process.

The duo started searching about it on Google and learned that it is extensively practiced in Indonesia. So they decided to take training and visited Delhi, Haryana and Kolkata for the purpose, gaining confidence about taking up bio-floc fish farming.

The bio-floc method is so economically viable that one can actually do it on one’s roof/terrace. This is because one basically needs space big enough to set a tarpaulin PVC tank that is 4 feet high with a 4-metre radius. Such tanks have the capacity to hold up to 10,000 litres of water. It costs somewhere between Rs 25,000-30,000 to set up a PVC tarpaulin tank for bio-floc fish farming.

Rajesh and Srikrushna have set up five tanks on a trial basis and have put 7,000 Vietnamese koi fish in each tank. In three-months time, they expect these fish to grow big enough to weigh 100 gram each, ready to be harvested and sold in the market. The market rate of this particular fish is supposed to be between Rs 200-250, whereas, according to both of them, the investment for each fish is Rs 70-80.

When asked about investment, they said for now they are managing with their own money and have set up the tanks on their own land. They are, however, hoping to get some loan from the government under a scheme supporting such ventures.

“Usually people start with just one tank, but we decided to set up five. If we succeed in getting a good yield, then we intend to set up 50 tanks by January 2020,” said Rajesh. “We are hoping that we succeed so that we can set an example for other youths to not to waste time chasing after a job but to start their own ventures,” he added.

When asked about the disadvantages, Rajesh said a kind of fungus has affected some farms in Indonesia. “But it hasn’t been reported in India yet. We are hoping for the best that it doesn’t happen here,” he said.

The duo said they have received full support from their families to take up bio-floc farming.

This surely seems like a venture that is going to bring about a revolution in the field of fish farming and Self-Employment!