Live Sustainably In Harmony With Nature 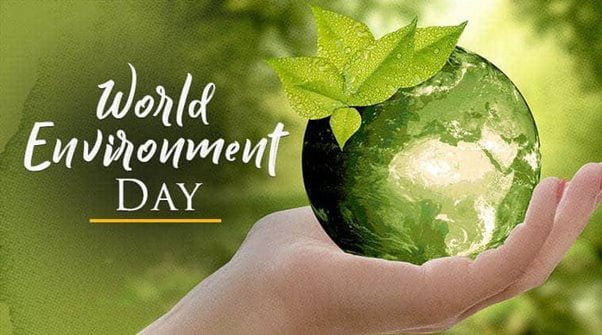 This year’s World Environment Day’s theme “Only One Earth” with focus on “Living Sustainably in Harmony with Nature” shall highlight the present need to live sustainably in harmony with nature by bringing transformative changes through policies and individuals’ choices towards cleaner and greener lifestyles.

As host of 2022 World Environment Day (WED), Sweden will highlight the most pressing environmental concerns, showcasing the country’s initiatives and the global efforts of addressing the climate change and inviting the global community to join the discussions.

Our planet is the natural place of water, air, food, shelter, sunlight, household things, medicinal plants and source of many more things required for our survival. The 1972 Stockholm conference resulted in the declaration on the Human Environment, including several guiding principles on global environmental governance.

Ecosystem and its service benefits to human beings

The major types of ecosystem are forests, grasslands, deserts, tundra, fresh water and ocean with marine system. Over 90% of our food and fibre comes from the ecosystem. It also provides us energy, building materials, wood and timber, cloths, medicines, paper and other non-wood products. The ecosystem also regulates weather and climate.

So, we need to ensure robust health of ecosystem through various conservation practices and its sustainable managements for continuing to provide goods and services in future days.

Economic globalization since 1991 has significantly worsened the negative trends by increasing the rate of diversion of natural ecosystem for developmental purposes, domestic use and exports. Climate change impacts are being felt in terms of erratic weather and coastal erosion.

Various interventions of human beings have caused deterioration of ecosystem. The major impacts of humans on the environment are deforestation, desertification, global warming, pollution due to burning of fossil fuels and growth of invasive species.

It has been estimated that land use change factor is responsible for 30% of global biodiversity loss. Over-exploitation of natural resources (over-fishing, over-hunting and over-harvesting) cause around 20% biodiversity losses.

The peripheral zone of the biosphere reserves is extending over the areas where human activities are permitted with the cooperation of government and local peoples. This zone is also called manipulation zone and it may also include terrestrial marine and coastal ecosystem. These reserve sites promote solution for conservation of biodiversity with its sustainable use.

The three main functions of biosphere reserves are:

These three functions are perused through biosphere reserves’ three main zones such as core areas, buffer zone and transition area. The sector wise impacts are enumerated below.

Environmental Impact of Agriculture and its allied sector

Environmental impacts of agriculture depend on the production practices system adopted by the farmers. Two types of indicators of environmental impacts on production are a) means-based b) effect-based. An example of a means-based indicator would be the quality of GW that is affected by the amount of nitrogen applied to the soil and the indicator reflecting the loss of nitrate to GW would be effect-based.

The potential negative environmental impacts of most large irrigation projects include water logging and salinity of soils, increased incidence of water-borne diseases, possible negative impacts of dams and reservoirs, problems of rehabilitation or resettlement etc.

It causes increase in water evaporation, impacting the surface air temperature and pressure as well as atmospheric moisture conditions. Irrigation changes the quality and quantity of soil and water of the area as a result of application of water. It is also ensuing effects on socio-economic conditions of tail reach farmers in canal irrigation system as they may not get sufficient water to raise the crop. The habitants of downstream areas of the river are deprived of getting water due to reduce in discharge of rivers.

The important natural resource like soil is lost due to water and wind and it is the most widespread form of land degradation. Natural erosion rates depends on inherent soil properties, slope and climate, which together determine the ability of the site to support vegetation. Erosion is caused by the impacts of raindrops on bare soil and the power of running water on the soil surface.

As a result of erosion of top layer soil, there is loss of nutrients and organic contents.  It also promotes salinity, acidification, compaction, water logging and subsidence. As per their estimates, about 12 million of agriculture lands are severely affected annually which needs abandonment.

The environmental impact of energy harvesting and consumption is diverse. The fossil fuel consumption leads to global warming and climate change and carbon emissions and the major cause of urban pollution. However, a little change is being made in many parts of world including India by finding alternative energy sources  of energy such as solar, wind and tidal, bio energy leading to a more ‘environment friendly’ source of  consumption.

Burning fossil fuels contribute to the enhanced greenhouse effect leading to climate change. It also causes acid rain. Now India is leading in the alternative energy production by increasing its installed capacity of about 152 GW and promised to achieve the further target of 175 GW, and 450 GW by end of December, 2022 and 2030 respectively.

Invasive alien species are animals, plants, fungi and microorganisms entered and established in the environment from outside of their natural habitat. They reproduce rapidly, out-compete native species for food, water and space, and are one of the main cause of global biodiversity lose. They are capable of causing extinctions of native plants and animals, reducing biodiversity, competing with native organisms for limited resources, and altering habitats.

This can result in huge economic impacts and fundamental disruption of coastal and great lakes ecosystem. Habitat loss from exploitation of resources, agricultural conversion and urbanization is the largest factor contributing to the biodiversity. The consequent fragmentation of habitat resulted in small isolated patches of land that cannot maintain population of the species into the nature. So, introduction of new species particularly plants into a new areas have brought about major and permanent changes to the environment.

Environmental impact of transport system is significant because it is a major user of energy and burns most of the world’s fossil fuel. This creates air pollution including release of Nitrous Oxide and is a significant contributor to global warming through emission of carbon dioxide. Transport sector is the fastest growing emission of harmful gases into the atmosphere.

It is estimated that road transport system is the largest contributor to global warming. Environmental regulations in developed countries have reduced the individual vehicles emission; however this has been offset by increasing in the no. of vehicles and more use of each vehicle. Energy use and emissions vary largely between modes of transport causing environmentalists to call for a transition from air and road to rail and human-powered transport, with increase in transport electrification and energy efficiency.

By reducing transport emissions globally, it is predicted that there will be significant positive effects in earth’s air quality, acid rain, smog and climatic change effects.

Since ecosystem plays an important role in producing and providing food, clothes, shelter, energy, building materials, medicines and all other essential things for sustenance of life, it is everybody’s responsibility including government of each country not to over-exploit the resources beyond a reasonable limit and slow down or stopping the man made activities affecting the ecosystem.

As per estimate of UN, currently 3.2 billion people of the world population are suffering from continued degradation of ecosystem, lacking access to safe drinking water, hygiene and sanitations. Now the biggest environmental problem arise is out-door air pollution due to various external factors well known to one and all. As per estimate of WHO, in every year about 4.2 to 7.0 million people worldwide die due to air pollution for degraded air quality. Nine out of ten people breaths air that contains high level of pollutants (for example- our national capital New Delhi).

The integration of natural ecosystem, wildlife conservation and biodiversity losses must be safeguarded by reducing or eventually eliminating degraded natural resources which are in endangering condition. Now it is the felt need of all to protect our environment and mother earth, which is the source of all natural resources for maintaining sustainable life.

There is urgent need of preventing, halting and reversing the degradation of ecosystem through planning to restore and expand forest cover, planting of new trees, mangroves, wetlands and coastal marine ecosystems by providing budgetary support by governments to improve quality of life.

The message from the under secretary-general of the UN and Executive Director of the UN Environment Programme, Inger Andersen, for WED 2022 says, “We all are one people and we have only one Earth. We have only one home. And that is worth standing up for us”. So we should live sustainably in harmony with nature.

An Open Letter To Odisha Speaker — Be The Lighthouse Of Environment

Beyond Ornamental Look, Does Barabati T20I Organizers Care For Climate?