Living Up To The Lineage; Reminiscing Surendra Mohanty 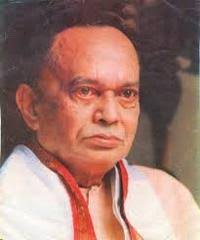 As the evening descended and the call of the muezzin faintly floated in the air, I could sense a heaviness in my heart. This time of the day always does that to me. It makes me look inwards and delve into things that are very deep and at times vague. Drudging behind cars on a busy lane, it seemed as if life was moving in slow motion. My mind went back and forth on the things to be done, calls to be returned and the menu for a quick dinner. I remembered my mom’s call and the argument I had with her and thought of calling her to apologise.

Now, my mother and I had a constant bone of discontent. A very strong woman, she, who managed her work and family wonderfully was convinced that I was wasting myself. Like all mothers, she believed I was a powerhouse of talent, based on the little scribblings I would write off and on, which were loved by friends and family. I, on the other hand, was content in calling myself a closet writer.

“‘Write please! Can you please take it up seriously? You cannot ‘not’ do it, it is in your blood,” she would implore. 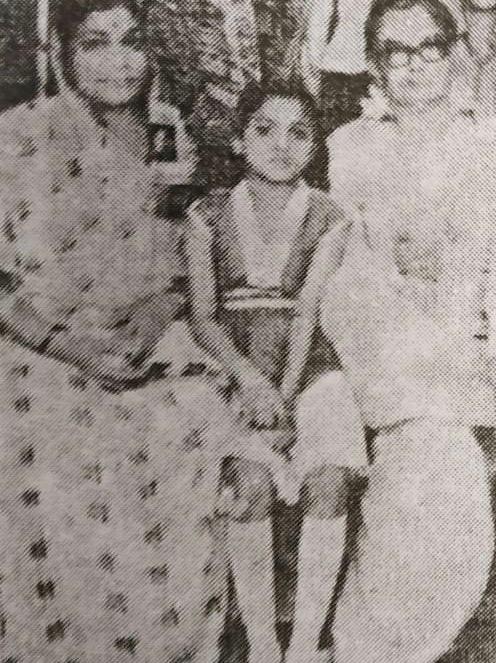 That was one thing I could not deny. I had a lineage that I was very proud of. Whether I could make anything out of it was a different matter.

So, it set me thinking, how this blood had shaped me.

The late Surendra Mohanty, the doyen of Odia Literature, a person who single-handedly was responsible for my love for literature, reading, art and music was my grandfather.

He is the one behind my classical name too. My mother’s house was blue blooded if I may say so, when it came to literature, art and politics. A big house in Shelter Square in Cuttack called ‘Shibani’, it was always bustling with people. The person I am today was mostly shaped up here, with everyone contributing their bit, from my maternal uncles to my mother’s extended family. Conversations ranged from books, politics to food. Being the eldest grandchild, I had the privilege of spending most of my impressionable age there with my grandfather.

I addressed him as ‘Tapi’ (why was that is another story). Tapi introduced me to the world of books. As a little girl, I remember, I along with my mom and dad would wait for him at the Rourkela railway station. He would be returning to Cuttack from Delhi after his stint at the Parliament. He would always hand me over a pile of colourful books, meticulously picked up by him. So, that was my first brush with Charles Dickens along with Amar Chitra Katha and Panchatantra. I was given Ramayana and Mahabharata by C Rajagopalchari too, at a tender age of 11/12, and I was expected to read and share my thoughts. I would write a long letter to Tapi about the books and characters. “The beauty of a story is the mark it makes on you, however that mark remains impermanent..you only carry wisps of it till your second read” he had told me. I never understood it then as much as I do now.

The other side of my reading was influenced by my eldest uncle, late Jitamitra Mohanty, Tutu Mamu as I would call him lovingly. A voracious reader himself, he had a quaint room on the mezzanine floor with a small balcony overlooking the Krushnachuda tree. That was my favourite part of the house and I thought of it as a treehouse. Tutu Mamu’s room was full of books –  PG Wodehouse, Somerset Maugham and the likes. I would steal his James H Chase, Sidney Sheldons and put them back after voraciously devouring them in a day or two. So, my reading list was pretty balanced.

I always had a Wodehouse in hand to balance the aftermath of finishing a Thomas Hardy. Both contributing equally to my intellect.

My grandfather was a self-taught genius. Though small built, he was grandeur personified. He loved and appreciated the finer aspects of life.

He was magnificent and simple, together in the same breath.

He was both, royal and common. He would teach me table manners, how to eat like a lady and at the same time would encourage me to go out and climb mango trees. Though he wrote in Oriya, he spoke and wrote impeccable English and he could have a discussion on Bankim Chandra Chattopadhyay and Rabindranath Tagore with equal ease.

Most of his research on Tagore was derived from Suniti Kumar Chatterjee’s travelogue, he had told me once. Despite the continuous tiff between Oriya and Bengali, my grandfather was very appreciative of Bengali literature and culture. My grandmother, Renuka Devi was fluent in reading Bengali and it was she who read out the books for him.

While other ladies would wait for new sarees on every Dussehra, my grandmother would wait for the Sharodiyo edition of Ananda Bazaar Patrika. She would treat it as a piece of her most prized jewel. I had heard stories of her selling her last piece of jewellery to fundher husband’s ever-growing library.

It was when Tapi moved to Bhubaneswar as the chief editor of Sambad, that I got to spend most of my time with him. During one of the summer holidays, he had asked me to read Rabindranath Tagore’s ‘Geetanjali’.

I was introduced to Tagore early in childhood by his superb storytelling of ‘Kabuliwalla’. I pounced on Gitanjali with urgency but given the rush of young blood, I found it too drab and put it away. On finding out, he had written a long letter to me on taking a leap over the boundaries of language and mind. He said the general hindrance to appreciating Tagore’s poetry in English, was that most of its essence was lost in the translation; nevertheless, it remains a “great piece of literature for all times to come, one that you must open your sensibilities to,” he wrote. With Tagore, I was gently nudged towards Faulkner, Walden, Yeats, Byron with lucid interspersions of Premchand, Ravi Shankar Ji and Ustaad Bismillah Khan.

Where knowledge is free

Where the world has not been broken up into fragments by

These lines were my Tapi’s favourite and eventually, they went on to become my favourite too. My grandfather championed the cause of freedom, in its complete sense; for all of us to break past the barriers of religion, language, and space. He dreamt of one world.

It was only then we will be truly free.

Now, when I think about it, I marvel at how futuristic his thoughts were. Nestled in a small town of Cuttack in Orissa, in a world devoid of internet, how he understood the true essence of art and literature and appreciated its greatness as a collective glory of humanity.

Perhaps he hoped that I would continue his legacy.

Perhaps that was his vision of the future, of his world and his life.

Perhaps all that could have been achieved, only if he had lived a little more, and shaped my adulthood too. My grandfather passed away at the young age of 68, on a cold December night of 1990, when I was still a daydreaming pre-college teen.

So that was where I have come from; my blood linked to his and so I had a moral obligation towards him. To at least attempt with all my heart. My mother never left a chance in drilling this into me. And I knew deep in my heart, she was right

Perhaps it was time for me to break past the barriers within myself.

One 5T Officer Not A Sign Of Good Governance: Aparajita Sarangi