One 5T Officer Not A Sign Of Good Governance: Aparajita Sarangi 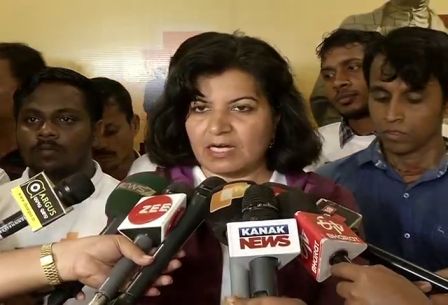 Bhubaneswar: BJP leader and former IAS officer Aparajita Sarangi on Thursday said that the 5T action plan introduced by the Odisha government is an old system of governance.

“The 5T (Transparency, Teamwork, Technology, Time and Transformation) is not an innovative action plan of the state government. We had read about this during our training days in Mussoorie,” she said while participating in the ‘Run for Unity’ to mark the 144th birth anniversary of Sardar Vallabhbhai Patel here.

Referring to the implementation of the 5T action plan by the state government, Sarangi said, “Why did the BJD government introduce this system after remaining in the power for 20 years? It seems that this system was not there during the period”.

On the execution of the action plan, the BJP leader said that entrusting the 5T responsibility to a single officer will dent the performance of other departments.

“I see the creation of a separate 5T department and entrusting the responsibility to an officer as an attempt to weaken the power and influence of the secretaries and ministers of the other departments. This is not a sign of good governance,” she said.

Living Up To The Lineage; Reminiscing Surendra Mohanty