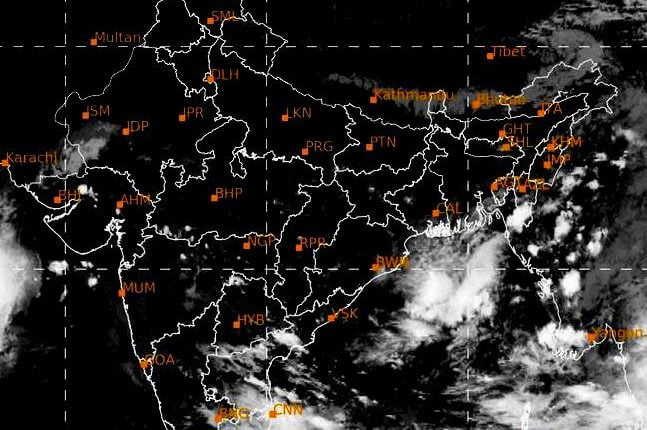 Bhubaneswar: The India Meteorological Department (IMD) on Saturday issued heavy rainfall warning for nine coastal districts in Odisha as a low pressure is most likely to form over the central Bay of Bengal in the next 48 hours.

In view of the heavy rainfall warning, IMD has issued yellow and orange warning for the following districts.

October 19
(Yellow warning)
Heavy rainfall very at one or two places over the districts of Malkangiri, Koraput, Rayagada, Gajapati and Ganjam.

October 20
(Orange warning)
Heavy to very heavy rainfall at one or two places over the districts of Gajapati and Ganjam.

(Yellow warning)
Heavy rainfall at one or two places over the districts of Malkangiri, Koraput, Rayagada and Puri.

Fishermen have been advised not to venture into the deep sea area of central Bay of Bengal between October 19 and 21 as squally weather with wind speed reaching 40-50 kmph will make the sea condition rough to very rough.

Acting on the IMD advisory, the state government has warned the collectors of the coastal districts to remain on high alert.

In a letter, Special Relief Commissioner (SRC) Pradeep Kumar Jena said that as heavy rainfall could trigger flood in the river systems in southern districts and landslides, the collectors are required to make advance planning and remain fully prepared to meet any eventuality.

Apart from this, he has also asked the collectors of other districts to closely monitor the situation and take appropriate action.