Low Pressure Over Bay To Trigger Heavy Rain In Odisha 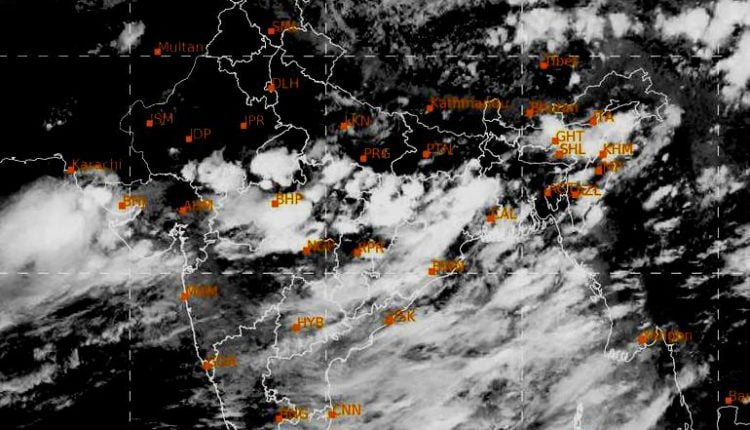 Bhubaneswar: With the formation of a low-pressure area over the Bay of Bengal, the India Meteorological Department (IMD) on Sunday issued heavy rainfall warning for 17 districts of Odisha.

“Under the influence of cyclonic circulation over west-central and adjoining north-west Bay of  Bengal off north coastal Andhra Pradesh and south Odisha coasts, a low-pressure area has formed over north-west Bay of Bengal off Odisha and Gangetic West Bengal coasts while the associated cyclonic circulation is tilting towards the south-west direction. Apart from this, the monsoon trough passes through the centre of the low-pressure area from the south-east to the east-central Bay of Bengal. Going by the modular study, there will be heavy to very heavy rainfall one one two places over the south coastal, interior north and south Odisha districts for three days up to July 7,” the IMD said in a mid-day bulletin.

There will also be light to moderate rain or thundershower at many places in north interior Odisha, Koraput, Malkangiri, Nabarangpur, Rayagada and at a few places in the remaining districts on July 8 and 9, it added.

In view of the heavy rainfall, IMD has issued a yellow warning for the following districts.

July 5
Heavy to very heavy rainfall at one or two places over the districts of Sambalpur, Bargarh, Sonepur, Jajpur and Bhadrak.

July 6
Heavy to very heavy rainfall at one or two places over the districts of  Nuapada, Balangir, Kalahandi.

July 7
Heavy rainfall at one or two places over the districts of Sundargarh, Keonjhar and Mayurbhanj.

Due to the inclement weather, the fishermen are advised not to venture into the deep sea in these areas during the next 24 hours as the wind speed reaching 40-50 kmph over the west-central adjoining north Bay of Bengal off the Odisha coast will make the sea condition very rough.

144 COVID-19 Cases In 3 Days: Shutdown In Cuttack City To Be Extended!