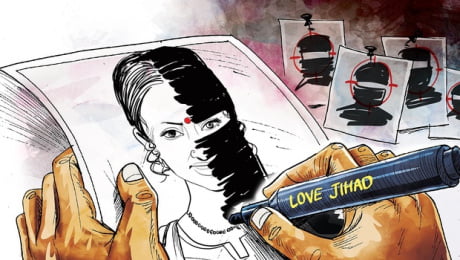 Bhopal: The Shivraj Singh Chouhan-led cabinet has approved the Madhya Pradesh Freedom of Religion Bill 2020 with a provision for a maximum of 10 years in jail for anyone “forcing women, minors, and people from Scheduled Castes and Scheduled Tribe to undergo religious conversion”.

“Under the new MP Freedom of Religion Bill 2020, forced conversion of a minor, woman or a person from Scheduled Caste or Scheduled Tribe, would draw a minimum jail term of 2-10 years with a minimum penalty of Rs 50,000.”

The minister said the proposed law seeks to prohibit religious conversions or an attempt of conversion by means of misrepresentation, allurement, threat, undue influence, coercion, marriage, and any other fraudulent means.

“The forceful conversions and marriages will be a cognisable offence and non-bailable. There will be a provision for declaring such marriages null and void. Before conversion, the person and religious gurus have to inform district magistrate at least 60 days prior,” said Mishra

The Bill will now be presented in the MP Assembly for final passage, Mishra said.