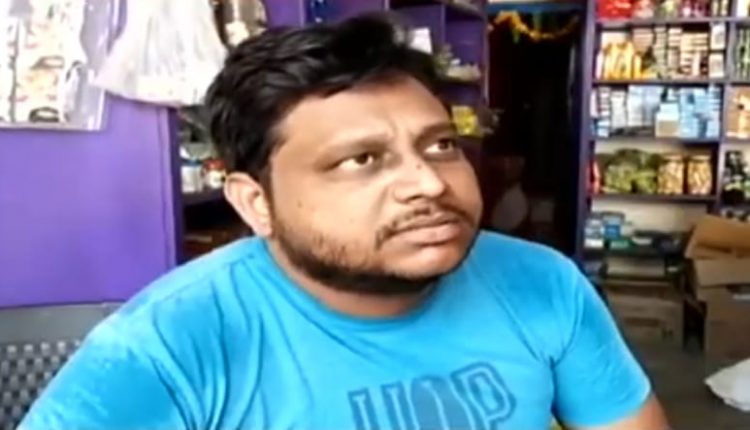 Balangir: Odisha Police, which is investigating the sensational murder of lady schoolteacher Mamita Meher, have sent 70 items to a forensic laboratory for tests to confirm details regarding the alleged murder and the complicity of the prime accused.

The items include an airbag seized from the spot where the remains were found at Mahalaing stadium, Mamita’s ashes and skin samples. Police have also sent nail, hair and blood samples of the prime accused Govind Sahu to the laboratory.

Meanwhile, in another development in the murder case, a shopkeeper gave more intriguing details connected with the murder, which also establishes driver Radhesyam Chandi’s complicity in the case.

One Vivek Agarwal (32), a shopkeeper, recorded his statement under Sec 161 CrPC. Vivek said in his statement that he had provided two tyres to Govind which the latter is suspected to have used to burn Mamita’s body.

Vivek said Govind called him around 12:30 pm on October 8 asking for two tyres. On the phone, Govind said Radheshyam will go and fetch the tyres. Radheshyam went and collected the tyres from the shopkeeper around 2-3 pm.

Vivek said he later learnt that the tyres were used to burn Mamita’s body.

It may be mentioned here that Radheshyam’s wife had claimed that he was not working for Govind for three months before the incident. His wife Asha further claimed that he had been falsely implicated in the case.

Asha, who had handed over a bag found in their house to police, had said, “If Radhe was involved in her murder, why would I voluntarily hand over the bag containing the materials not belonging to us to the police?”

The bag contained 3 pairs of women’s garments, a mobile phone and charger and some medicines, she said. Mamita’s parents had later denied that the items in the bag belonged to their daughter.

Sahu had admitted to killing Mamita. After allegedly strangulating her to death, he had burnt and buried the body at the under-construction in Mahalinga stadium.

Police had recovered some evidence from the spot and further investigation is on.

Notably, Sunshine English Medium School’s managing committee president Sahu decided to eliminate Mamita when she threatened to expose him and his illicit affairs. He was allegedly harassing female employees of the school and Mamita had shown him two clips which she had as evidence.

Sahu and Mamita went to Bhawanipatna in his car on October 8. He reportedly drove his car on the day and had asked his driver to stay back.

While returning, he strangulated Mamita to death inside the vehicle following a violent altercation. The car was seized on October 14 and an anklet and a jar containing petrol were recovered from the vehicle.

The pit in the stadium under construction was dug up using an excavator on October 6-7. After Mamita’s death, the body was set on fire using petrol and later buried in the pit. Salt was also put on the body to accelerate the process of decomposition.

Sahu asked the excavator operator to cover the pit with soil on October 9.

The site to bury her was carefully chosen and it eerily matches with the plot of Ajay Devgn-starrer Drishyam in which the protagonist had buried a body in an under-construction police station. Spread over a large area, the stadium is secured by a boundary wall.

Ahead Of Schools’ Reopening In Odisha; Know The Steps OSCPCR Is Taking

Another BJP Leader Quits Party Ahead Of Rural Polls In Odisha