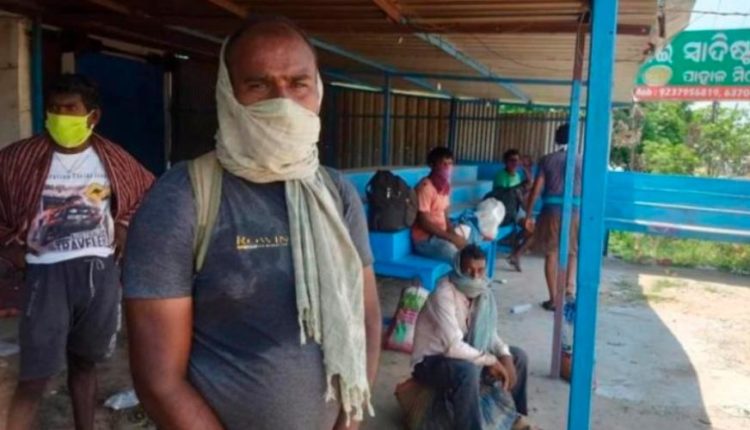 Bhubaneswar: A group of Bihari migrant workers have undertaken a marathon journey back home on foot.

Having already covered a distance of 1300 km from Tamil Nadu, they had reached Bhubaneswar and still had 900 km to walk before they reached their home in Nalanda district, Bihar.

Asked about their travails by mediapersons, they informed their journey had started from Gosinagar in Chennai and had thus far covered about 1,300 km in six days.

At a number of places on the highway, police officials had asked them to wait for a bus, but they had no faith in the system.

“We have been stuck in Chennai for months. We hoped the government would make arrangements for us to go home once the lockdown was announced. But it didn’t happen, so we were forced to walk finally,” one of the workers said.

They were provided with water and biscuits at various places of Andhra Pradesh and Telangana.

One of them said they had been walking barefoot for two days after entering Odisha, but had not received any food items.