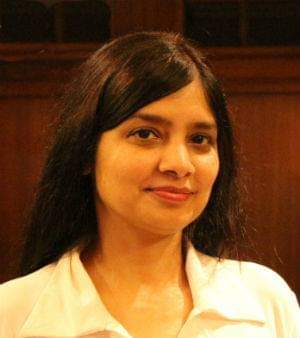 Bhubaneswar: Dr. Bijayalaxmi Nanda, a former Utkal University student, has been appointed principal of Miranda House, ranked among the top colleges of the country.

She will hold the position for a period of six months. Daughter of retired IAS officer Amulya Ratna Nanda, Dr Nanda completed her MA from Utkal University, before going on to do her MPhil from Delhi University and PhD from Jawaharlal Nehru University. She specialises in political theory, human rights and gender studies. Her publications include Sex Selective Abortion and the State: Policies, Laws and Institutions in India (Shakti Books: An imprint of Haranand Publishers), Discourse on Rights in India: Debates and Dilemmas, (Routledge), Human Rights Gender & Environment (Allied Publishers) and Understanding Social Inequality: Concerns of Human Rights, Gender and Environment (Macmillan).
She is involved in feminist research and activism. She has provided consultancy services to UN agencies like UNFPA, UNDP, WHO, etc. In pursuit of her academic and associated interests, she has travelled to universities and institutions in the US, the UK, Sweden, France, Belgium, Brazil, Bangladesh and Nepal, to the Academic Forum of India, Brazil, South Africa (IBSA) Summit in Brazil, and the Commission on Status of Women, United Nations Head Quarters, New York. She is a recipient of the ICSSR Doctoral Fellowship. She was awarded the Teacher’s Excellence Award by University of Delhi in 2017.