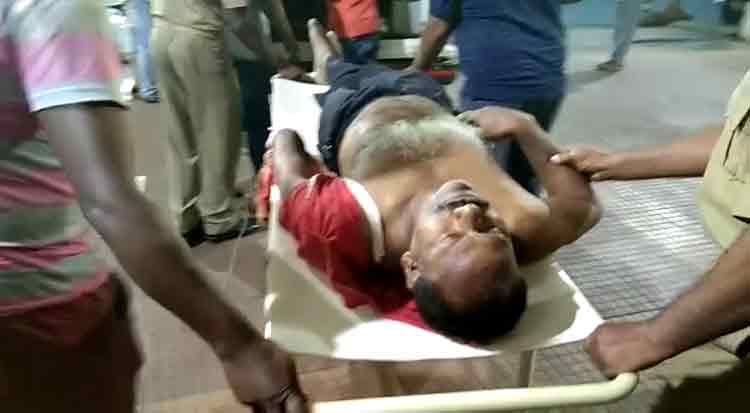 Bhubaneswar: Three persons, including a security guard, were injured in two separate incidents in Bhubaneswar in the early hours of Saturday

In the first incident, two unidentified miscreants opened fire on a security guard at Tankapani Road.

According to police, two miscreants arrived at the Kalyan Mandap in Tankapani Road area at about 5 am and asked  security guard Gyana Ranjan Mallick about the owner. When Mallick informed about the owner’s absence, the duo asked him for water to drink. As he offered them a water bottle, they asked him to collect the money fallen on the ground. As Mallick was searching for the money, the duo suddenly opened fire on them and fled the area.

The condition of Mallick, who sustained bullet injuries on his right shoulder, is critical, hospital sources said.

Meanwhile, police have examined the CCTV footage and begun investigation into the incident.

In another incident, two youths were severely thrashed by unidentified miscreants while they were sleeping on the footpath at Master Canteen Square

The two youths were later admitted to the Capital Hospital.

Talking to the media, one of the youths said three youths suddenly attacked him with a tree branch and his crushed the head of his friend with a stone while they were sleeping on the footpath.

“We don’t know why they attacked us because we have no enmity with anyone,” the injured youths said.

Following the incident, Kharavela Nagar police have begun investigation into the incident.