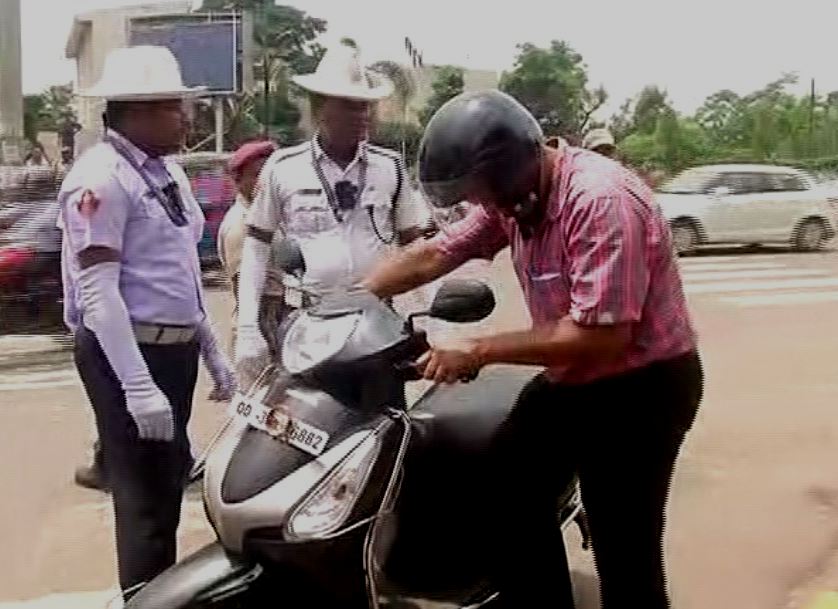 Bhubaneswar: Even as strict enforcement of Motor Vehicle (Amendment) Act, 2019, has triggered panic among the people in Odisha, the Commerce and Transport department on Thursday said that there was no need for carrying hard copies of the documents in vehicle.

“The vehicle owners can download and save their documents like driving licence, registration certificate, fitness certificate, permit in mobile apps like Digilocker and mParivahan and produce them during the checking. If one fails to produce the documents on the spot and furnishes the same at the RTO office or at the traffic police station, he/she will be refunded the bulk penalty money with a deduction of Rs 500-Rs 1,000,” Regional Transport Officer (RTO), Bhubaneswar (Zone II), Sanjay Behera told the media here.

He further said that a family of three persons, including a couple and their child between 4 to 12 years of age, can ride on a two-wheeler. But the pillion riders have to put the helmets. However, more than three family members will not be allowed to travel on the two-wheeler.

Asked about the enforcement of the new Motor Vehicle Act, Commerce and Transport Minister Padhamabha Behera said as the people are panicking due to multiple penalty provisions. The state government will soon take a decision, he added.

On the other hand, Police Commissioner Sudhanshu Sarangi said they have no intention to harass people, but the Act has to be implemented. “The people are panicking as they are facing such a situation for the first time. Things will improve once they become aware of the rules,” he said.