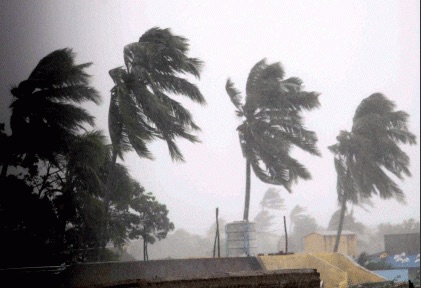 Bhubaneswar: When Director General of the India Meteorological Department (IMD) DG Mrutyunjay Mohapatra on Wednesday urged people to not fall for rumours about an impending cyclone in the Bay of Bengal by October 25, his words carried the weight of several of his infallible observations on cyclone movements since 2013.

It was the year when Phailin on October 12 crossed Odisha coast near Gopalpur with a windspeed of about 200 kmph and IMD’s bang-on prediction helped minimise the loss of lives.

The cyclone forecast division of the Met Office rejected predictions of IIT Delhi for Balasore in Odisha and the Japan model for Visakhapatnam (Andhra Pradesh) and settled on Ganjam, Srikakulam, Puri and Kalingapatnam districts as likely to be affected districts based on its own estimate reports.

The IMD had then also refused to categorise Phailin as a super cyclone, similar to the one that devastated Jagatsinghpur district in 1999, despite global agencies insisting that it would be of that magnitude. It was also more or less accurate in the prediction of the windspeed of Phailin – 200-210 kmph, the Economics Times reported.

India’s cyclone forecasting has achieved a high degree of accuracy beating global forecasters and also won accolades from the World Meteorological Organization (WMO), a UN agency.  Mohapatra’s accurate prediction of subsequent storms – Cyclone Hudhud in 2014, Cyclone Titli in 2018, Cyclone Fani in 2019 and Cyclone Amphan in 2020 – has also won him the ‘Cyclone Man of India’ tag.

Also Read: What Made IMD DG The Cyclone Man: A Childhood Experience That Became Life’s Mission

After Phailin, the UN and the world also applauded the transformative steps taken by Chief Minister Naveen Patnaik in bolstering disaster preparedness. Nearly 6 lakh people were evacuated, including 4.50 lakh in Odisha where the coastline was dotted with cyclone shelters. Flights and trains from Odisha capital were suspended and the power supply was switched off along the Odisha coastline.

Incidentally, Odisha had set up its own Odisha State Disaster Management Authority and Odisha Disaster Rapid Action Force (ODRAF) soon after the 1999 disaster, much before the NDMA and NDRF came into being.

Rain To Pound Bhubaneswar & 22 Districts In Odisha This Evening