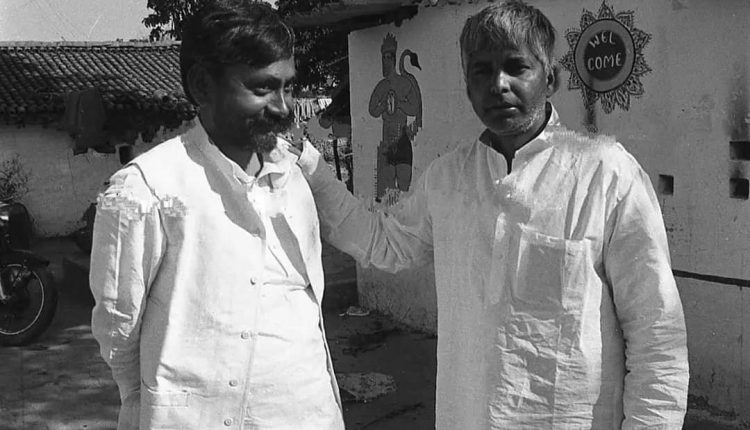 Both of them hail from the same state, are from the backward class, both are products of the JP Movement, they have together thrived on Mandal politics and both follow identity politics but are still poles apart. While Lalu Prasad Yadav follows dynastic politics, Nitish Kumar has kept his family away from the seat of power. Today, Lalu is a convicted politician whereas Nitish’s image is squeaky clean. Inspite of all this, Lalu is still a mass leader, Nitish has no proper vote bank and is left alone, and his JDU is a distant third party behind the BJP and RJD.

Their political careers have run parallel. Nitish Kumar and Lalu Yadav first met in college, in the 1970s they were both drawn to the Sampoorna Kranti movement launched by Jayprakash Narayan and participated in agitations as young socialists. They together joined the Janata Party and formed an opposition coalition to take on the might of the Congress. Lalu Yadav was the star, becoming the youngest Janata Party MP in 1977.

The track record of Nitish Kumar as CM is much better than that of Lalu Yadav. Lalu believed in keeping the people poor and the state underdeveloped. Nitish has been striving hard to uplift the poor. However, Nitish is a bigger opportunist than Lalu. He used his clean image for political advantage. Lalu’s antecedents made every party wary of joining with him, whereas they were only happy to be with Nitish.

How do we describe a relationship between two people who have been constantly switching between being friends and foes? Both of them are very experienced politicians. Both of them know that they have been very bitter enemies for a good 20 years. In fact, they are very cognisant of their differences in style, of politics, but they also realise equally that if they come together, they will be a force to reckon with.

It remains to be seen what will happen between the tumultuous pair in the days to come. The two friends-turned-foes-turned-friends have been vocal about the past when asked about the present. Lalu says, “Nitish Kumar hamare dil mein hain. Rishte to bante bigarte rahte hain. Aur humlog to saath mein rehen hain.”

Today’s government formation will see Nitish as a junior partner with Tejasvi Yadav effectively calling the shots till the 2024 Lok Sabha elections. Will Nitish become unhappy yet again with the “corruption” and “goonda” behaviour of the RJD, and will he go back again to shake hands with the BJP? Anything is possible in politics, but the probability of Modi and Amit Shah welcoming Nitish Kumar to the NDA fold appears quite slim. This time, he has burnt his bridges behind him. Nitish Kumar is in the sunset of his career and the JD(U) doesn’t anymore have a “vote bank” the way the RJD and the BJP do.