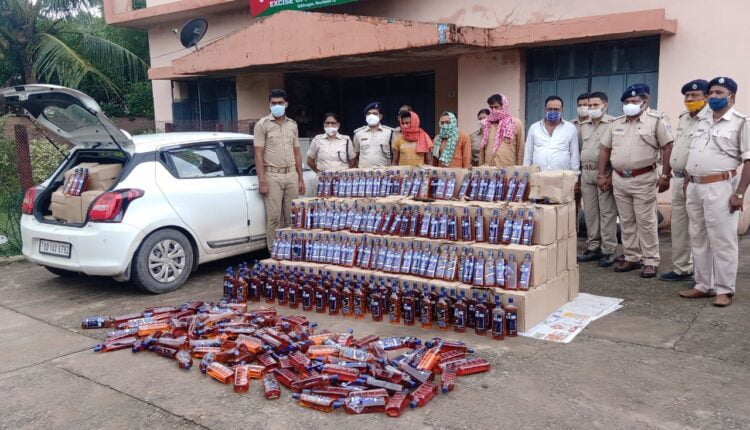 Four persons were arrested and a car loaded with the consignment was seized during the raid. The accused persons have been identified as Anil Sahu (55), Binod Kumar Patra (28), Birendra Kumar Sahu (55) and Manoj Singh (40).

Deputy Superintendent (Excise), Rourkela, Jhasaketan Bariha, told the media that the raid was conducted after getting information about foreign liquor being illegally stored at the village. “It was specifically meant to be sold in Arunachal Pradesh and supplied to various dhabas in Rourkela,” said Bariha.

They used to smuggle non-duty paid liquor from various sources via Bokaro and Ranchi in a clandestine manner in fruit or grocery-laden vehicles.

Anil Sahu of Jalda area under Raghunathpali police limits was earlier arrested in a non-duty paid liquor trade and was out on conditional bail, he said, adding that the other three accused belong to Tamada village.