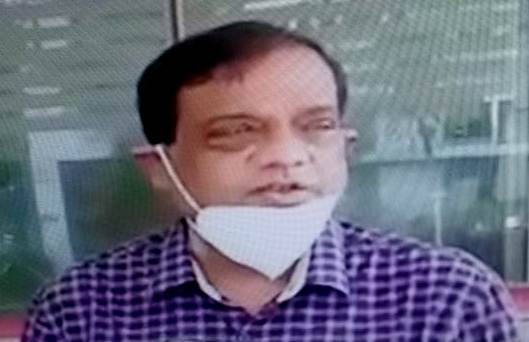 Bhubaneswar: Institute of Life Sciences (ILS) here said more genome sequencing is needed to know the exact nature and behaviour of the highly transmissible Delta variant of SARS-CoV-2 which is mutating further to form the ‘Delta Plus’ or ‘AY.1′ variant.

ILS Director Ajay Parida informed on Saturday that the new Delta plus variant was formed due to a mutation in the Delta or B.1.617.2 variant, which was first identified in India and one of the drivers of the deadly second wave of COVID-19.

Parida confirmed that the Delta Plus variant was found in six genomes with one case each from Jharkhand and West Bengal.

At present, he added, the genome sequencing of around 40,000 samples is being undertaken in 28 laboratories in the country of which the ILS, Bhubaneswar is conducting the test of the samples collected from Odisha, Bihar, Chhattisgarh and Jharkhand.

“The purpose of conducting more sample sequencing is to identify the presence of the Delta Plus variant and its nature and behaviour,” Parida said.

On the issue of persons testing positive for COVID-19 even after taking the first dose of the vaccine, the ILS chief informed that such cases comprise a minuscule percentage.

As per data released by the Indian Council of Medical Research (ICMR), only 0.04 per cent of people have tested positive after the first dose and 0.03 people after the second dose, he added.