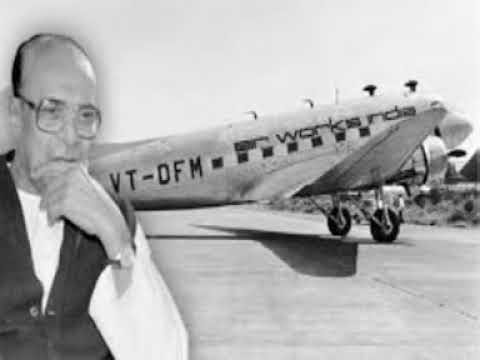 “The works department has been assigned the task of floating a tender. The government has written to the Centre seeking permission for installing the iconic aircraft near Biju Babu’s statue at Bhubaneswar airport for public view in the memory of the legendary leader,” Transport Minister Padmanabha Behera told a local news channel on Friday.

Interestingly, historian Anil Dhir had tried to draw the attention of the government to the aircraft lying in a dilapidated condition on a run at the airport in Kolkata, while elaborating on the efforts made by Odisha-born IAS officer Guruprasad Mohapatra, who served as Chairman of the Airports Authority of India (AAI) and succumbed to COVID last month, to get the Dakota to Bhubaneswar, in his June 20 obituary.

“It will be a fitting tribute to him if the Dakota is brought from Kolkata airport and placed at Biju Patnaik International in Bhubaneswar. Is the Odisha Chief Minister listening?” he wrote.

Also Read: Guruprasad Mohapatra & Biju Patnaik’s Dakota: A Case Of So Near Yet So Far

Out of 18 Dakota VT-AVI aircraft of the erstwhile Kalinga Airlines owned by Biju Patnaik, 12 have been completely damaged. Of the six remaining aircraft, one is kept at Kolkata airport, one at Chhatrapati Sivaji International Airport in Mumbai and the Indonesian government has kept one. However, there is no information about the remaining three aircraft.

It was this aircraft in which Biju Patnaik had flown out Sultan Sjahrir, the revolutionary independence leader and Prime Minister of Indonesia from a jungle hideout and reached India via Singapore on July 24, 1947, on the instructions of the then Prime Minister Jawaharlal Nehru.

Also Read: When Biju Patnaik And His Dakotas Shielded Indonesia

Notably, the Odisha government had begun this process in 2020. In January last year, the then Commerce and Transport Secretary, Premanand Khuntia, had written to the AAI seeking its permission in the matter. Following the AAI’s approval, a Kolkata-based company, Neelu Interiors, was given the contract for shifting the aircraft to Bhubaneswar. The company was to bring the dismantled aircraft to Bhubaneswar by road and reassemble it on the premises of the airport here in November 2020.