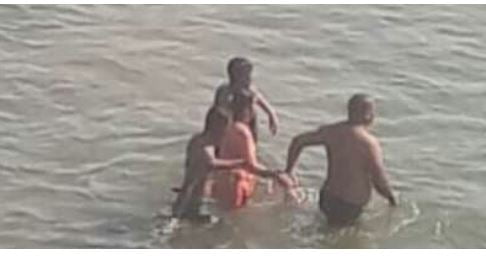 Cuttack: A woman was rescued from the Mahanadi near Nuapatna in Cuttack on Sunday afternoon.

According to sources, some passerby spotted the woman parking her two-wheeler and jumping off Madhusudan bridge. They immediately informed the police, which reached the spot within a few minutes and rescued the woman.

However, some reports suggest that she accidentally slipped into the river while disposing of flowers around 2 pm.

The woman was then sent for a health check-up.

Police sources said she will be handed over to her family once her statement is recorded.

Though police are yet to reveal her identity, sources said the woman is the wife of well-known Ollywood actor Amlan Das. The duo had tied the knot on February 7 this year.

While police have lodged a suo motu case in the incident, her husband has also reached the police station.

Battles Of Our Own: From A Quaint Odia Novel To Modern Indian Classic