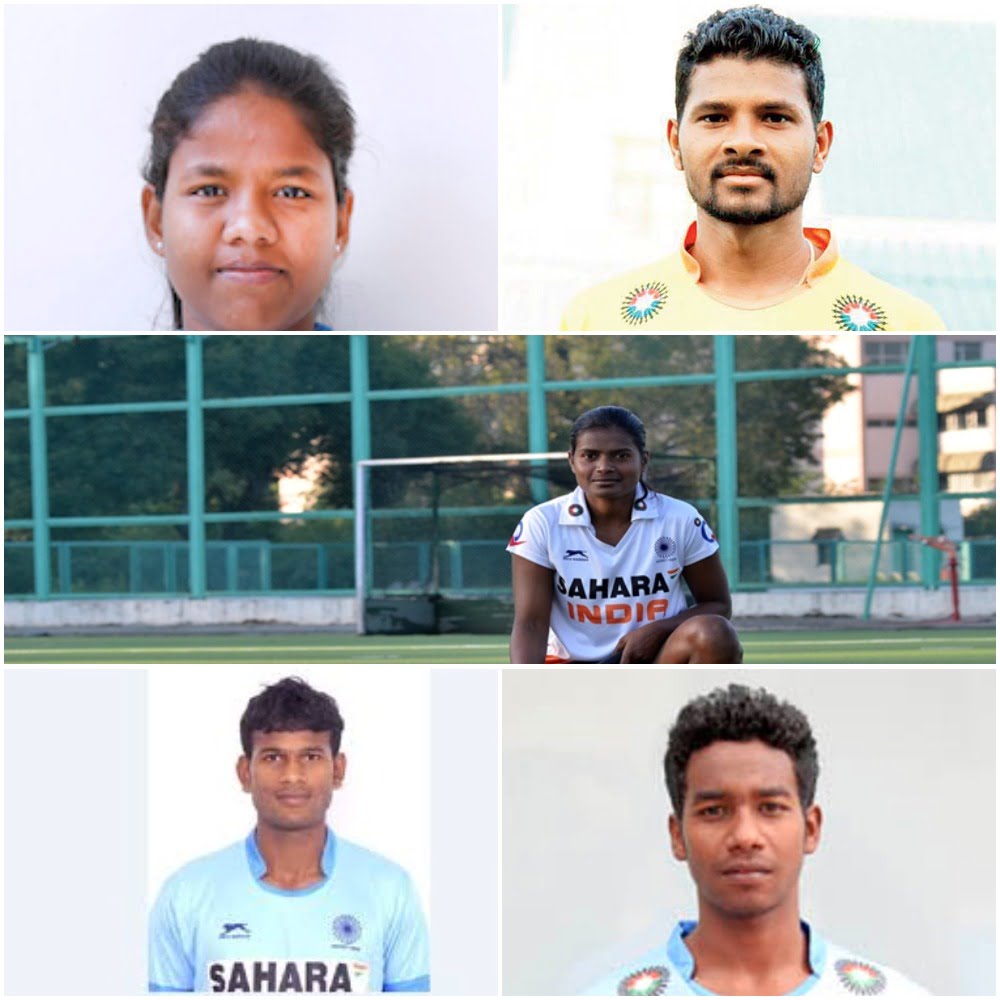 Bhubaneswar: Even as Odisha is gearing up for the Men’s Hockey World Cup slated to be held later this year and promoting itself as the ‘Sports Capital’ of the country, the cheer got louder in Jakarta, Indonesia, as Odia girl Dutee Chand became the second fastest runner in Asia after winning the women’s 100-metre at the ongoing Asian Games.

However, she is not the lone contender from Odisha in the 18th edition of the games. Hockey players Birendra Lakra and Amit Rohidas from the state have made it to the men’s team while Sunita Lakra, Namita Toppo, Lilima Minz and Deep Grace Ekka have been included in the women’s squad.

As the nation pays tribute to hockey legend Major Dhyan Chand on National Sports Day on Wednesday, Odisha prides itself on producing some champions in the sport. Here’s a list of five players who won recently won laurels for the state.

She was captain of the team for the Asian Champions Trophy women’s hockey tournament, held in Donghae city of South Korea in May this year and led the team to the second position.

Four players from Odisha including Sunita also participated in the 18-member women’s hockey squad for the Gold Coast Commonwealth Games held in April this year. The other three members are Deep Grace Ekka, Namita Tappo and Lilima Minz.

Sunita made her international debut in 2009 and is considered the backbone of the team.

Lakra completed her 100th international with a match against New Zeland in 2017, in the third match of the five match series.

She climbed the ladder of ranks in Indian hockey with significant performances at the 17th Asian Games and the 2016 Rio Olympics.

Namita Tappo shot to limelight with her selection to the Junior National team for the World Cup along with three other Odia players, Anupa Barla, Lilima Minz and Deep Grace Ekka.

She has played 73 international matches for India including major tournaments like Asian Games, Commonwealth Games and World League.

Besides, she was a part of the Indian team which won a bronze medal in the 2014 Asian Games and a Silver Medal in the Commonwealth Games.

In 2012, at the age of 17, she made her debut in the International Hockey Federation (FIH) Champions Challenge I in Dublin.

The 23-year-old had trained at the Sports Hostel in Rourkela’s Panposh.

She represented Odisha in 2007 in the domestic competitions where her phenomenal performance helped her get a place in Girls U-18 Hockey Asia Cup in Bangkok, Thailand, held in 2011. The Indian team won the bronze medal in that tournament. In 2013, she became a part of the Indian Junior Women’s Hockey team at the FIH Hockey Junior World Cup Women in Mönchengladbach, Germany. The team won the bronze medal.

She went on to win the Asunta Lakra Award for the Upcoming Player of the Year at 2014 Hockey India Annual Awards.

Birendra Lakra is a midfielder. Lakra scored the first goal and was instrumental in India’s stupendous victory in the final game of the Olympic Hockey Qualifying Tournament against France this year.

He has represented India in the Test series against South Africa in 2012, the SAAF Games at Dhaka in 2010 and in the Youth Olympics at Sydney in 2009. He was also a part of the team that won the Junior World Cup at Singapore in 2009.

Lakra represented India in Men’s Hockey during the 2012 London Olympics. He was one of the 18-member Indian Men’s team, who took part in the final edition of the prestigious Rabobank Men’s Hockey Champions Trophy in Breda, Netherlands in June 2018.

He also participated in the Commonwealth Games and Sultan Azlan Shah Cup this year.

Amit Rohidas, born on May 10,1993 in Saunamara village of Sundergarh district, is a defender.

He started playing hockey in his village and joined the Panposh Sports Hostel in Rourkela in 2004.

He was selected in the national junior team in 2009.

Rohidas was selected in the senior squad for the 2013 Asia Cup in Ipoh where the Indian team won the Silver medal. He made a comeback to the Indian side in 2017.

He has been named in the 18-member men’s hockey squad to represent India in the Gold Coast 2018 XXI Commonwealth Games.

Born on October 15, 1998 in Saunamara village of Sundergarh district, Dispan is a defender. He was the vice-captain of the Indian squad that won the 2016 Men’s Hockey Junior World Cup.

Dispan had to practice with a borrowed hockey stick on the village roads due to his poor financial condition.

He joined the State Sports Hostel in Rourkela in 2009 and learned how to play the game.

He first played for the India junior team at the 2014 Sultan of Johor Cup. In the same year, he was picked by the Kalinga Lancers franchise in the Hockey India League.

He also captained the Indian junior team for EurAsia Cup in Russia and England tour in July 2016. He was the vice-captain and the youngest member of the Indian squad that went on the unbeaten route to win the title at the 2016 Men’s Hockey Junior World Cup in Lucknow.

A promising defender, Dipsan also led the 18-member India U-23 men’s hockey team for a six-nation tournament in Belgium in July this year.