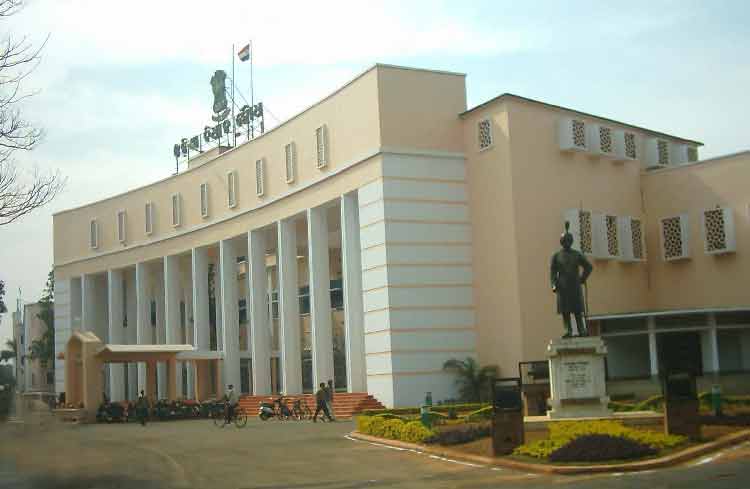 Bhubaneswar: The budget session of the Odisha Assembly was adjourned till 11.30am on Monday following an uproar by the Congress members.

As soon as the House proceedings began, Speaker Surya Narayan Patro announced commencement of the adjournment motion brought by the BJP to discuss post-Fani restoration works.

Protesting the decision of the Speaker, irate Congress members led by Tara Prasad Bahinipati rushed to the well of the House and sought clarification as to why the Speaker did not allow its adjournment motion notice for a discussion on the issue of agriculture and farmers of Odisha. Though the Speaker assured Congress members that the adjournment motion brought by them will be discussed on Tuesday, the latter demanded a discussion on the issue brought by them in the House.

As the Speaker could not run the proceedings, he adjourned the House till 11.30am.

Talking to mediapersons outside the Assembly, Congress Legislature Party (CLP) leader Narasingha Mishra said the Treasury Bench wants to avoid a discussion on the farmers’ issue. “The agriculture minister had earlier not been able to give correct information regarding the number of farmers and disbursement of financial assistance to beneficiaries under the KALIA scheme. Since the government feels that we will raise other matters relating to agriculture, it is trying to skip the issue,” he said.

In his reaction, Bahinipati said that by not admitting the Congress’ adjournment notice for a discussion in the Assembly, the Speaker is not acting in an impartial manner and seems to have a soft corner for the government.