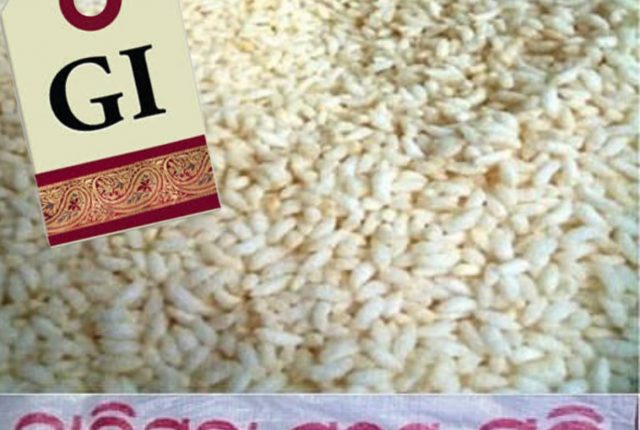 Bhubaneswar: The Odisha government has decided to apply for the ‘Geographical Indication’ (GI) tag for ‘Baripada Mudhi’ (puffed rice).

In a letter, Commissioner-cum-Secretary, Commissioner-cum-Secretary of the Science & Technology (S&T) Department, Suresh Kumar Vashishth on Wednesday sought relevant information on the product for GI registration and directed Mayurbhanj collector to nominate a nodal officer (single point of contact) to coordinate with the IPR consultant of S&T Department for facilitating the process.

“The S&T Department provides technical and financial support for IPR promotion in the state requisite information in prescribed proforma for facilitating Geographical Indication (GI) registration of some potential product native to Mayurbhanj needs to be submitted to this department,” stated the letter.

It is pertinent to mention that Odisha has already received GI tag for ‘Kandhamal Haladi’ and ‘Odisha Rasagola’.

‘Kandhamal Haladi’ got the GI tag by Intellectual Property India, an organisation under the aegis of the Union Ministry of Trade and Industry, on April 1, 2019, which is valid till January 10, 2028.

Likewise, the application for ‘Odisha Rasagola’ was approved by the GI Registry of India on July 29, 2019, and will remain valid till February 22, 2028.

In April, Chief Secretary Suresh Chandra Mohapatra said that the government has started collecting all the primary data to file an application at the GI Registry office in Chennai for Kendrapada’s famous Golden Grass craft.

[Watch] Fire Breaks Out At MKCG In Odisha’s Berhampur; No Casualties