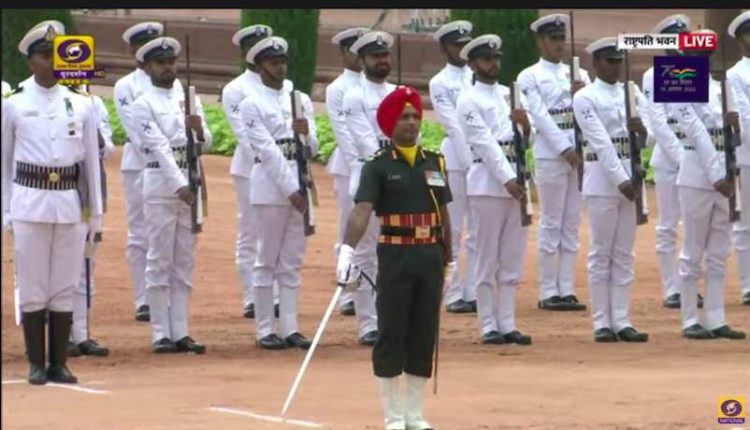 Bhubaneswar: Odisha-born Army officer, Colonel Stalin Mohanty commanded the guard of honour given to President Droupadi Murmu at the Rashtrapati Bhavan after the swearing-in ceremony at Central Hall of Parliament on Monday.

He accompanied the President in the vehicle during the ceremonial salute.

The native of Kantapada in Cuttack is the commanding officer of the 6th battalion of the Sikh Regiment, which took the charge of Ceremonial Army Guard Battalion from the 5th Battalion of 1st Gorkha Rifles in November 2020 after completion of its three-and-half years term.


Col Mohanty did his schooling at Sri Aurobindo School at Udala, Mayurbhanj, where he was born, and then at Sainik School, Bhubaneswar, from 1993 to 2003. He studied at National Defence Academy (NDA) from 2000-2003 and passed out of the Indian Military Academy (IMA) in 2004 before joining the Armed Forces. His parents stay in Cuttack.

Speaking to the media, his mother said that they had stayed in Mayurbhanj, to which the President belongs, for 40 years. “It was a proud moment for us. He had asked us to watch the ceremonial salute. I had also told him that he should speak to Madam President in Odia,” she said. 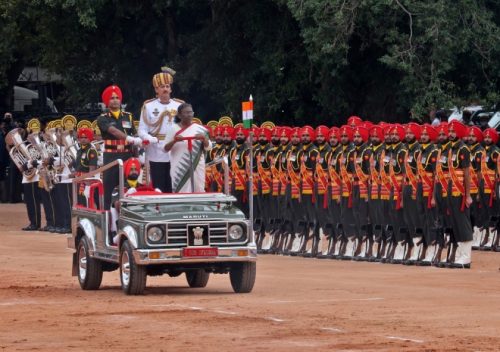 His father said that he always wanted him to join the NDA. “My two nephews were students of Sainik School. I used to take them home during vacation. I also wanted my son to study at Sainik School. He studied up to Class VI at Udala where I was posted. Later, he appeared for entrance to Sainik School and secured the third position in the state. He later got selected for NDA and decided to join the training institute of the Indian Armed Forces although he had qualified for other entrances too,” he said.

Different infantry units of the Army function as the Ceremonial Army Guard at the Rashtrapati Bhavan by rotation. It is tasked with performing ceremonial duties at important events such as Guard of Honours to visiting dignitaries, Republic Day and Independence Day parades, and Beating the Retreat Ceremony, apart from performing ceremonial guard duties at the Rashtrapati Bhavan.

Where Is Babushaan? Film’s Crew Returns To Odisha Capital From Chennai But Actor Yet To Return