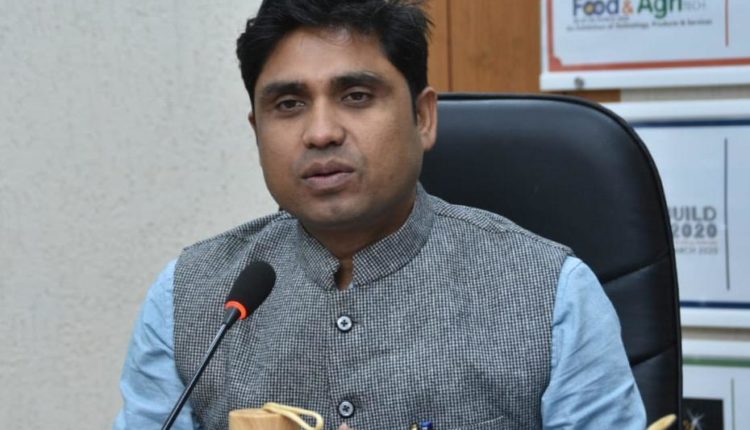 Bhubaneswar: The tag ‘Surat returnees’ was a cross too heavy for them to bear amid the lockdown hardships during the first wave of the pandemic.

Ganjam reported its first COVID cases on May 2, 2020, when a 22-year-old man and a 17-year-old boy from Surat tested positive. Soon, the infection began to spread like wildfire turning the district into a hotspot. The administration had then attributed the spiralling cases to massive in-migration. The positivity rate among those who had returned from Gujarat was very high, it said.

Once hailed for the money that they remitted back home, the returnees were now being cursed by the people for bringing them misery.

As for those trooping back home, however, the closure of factories and businesses in the wake of the nationwide lockdown had left them with no option.

Back to the present. An Odia IAS officer has successfully stopped another migrant crisis from spilling onto the streets during the second COVID wave while achieving an enviable test positivity rate of 0.52 per cent in Surat without imposing a lockdown or curbs in the city.

“We had told the Odisha government that we are not sending any migrants back home this time,” he told Odisha Bytes. And he stuck to his promise as the city continued doing business amid the crisis and there was no loss of livelihood.

Surat is home to over 20 lakh migrants from Odisha.

Despite the complexity of the city, which is 3 hours drive from Maharashtra and has a high population density and a huge migrant population, Surat could come out of the second wave in record time by aggressively implementing the Triple T-IQ strategy (Track, Test, Treat, Isolate and Quarantine) mantra.

“We intensified active surveillance and combing in high positivity areas by increasing RTPCR testing by five-fold. Ruthless enforcement and micro containment measures, war room mechanisms, Community COVID Isolation Centres (CCIC) and the use of technology also contributed to taming the virus,” he said.

While 80 to 90 new infections are being reported daily now, the micro-containment areas are down to 100 from the 16,000 earlier, he added.

“RT-PCR constitute 70 per cent of the tests conducted in the city. We have so far collected Rs 7 core for mask violation,” he said.

Pani introduced doorstep diagnosis and testing facility through 257 Dhanvantari Raths (mobile medical vans). The corporation’s CPX-R (C –Covid like Symptoms, P – Presence of comorbid or above 50 years individuals, X – House Closed, R – Refusal for cooperation) surveillance strategy in all the vulnerable areas and containment zones also yielded results. This apart, passive surveillance was done through SMC’s own model software, Jaimini application, for all those having COVID-19 like symptoms and comorbidities after collecting details of patients having acute respiratory illness from 2000 private hospitals and clinics.

The SMC also came up with Covid Tracker for quarantine, isolation and patient management and geo-referencing to identify cluster formation and for micro containment planning and surveillance.

Pani further said that Sanjeevani Raths were rolled out for check-ups of home-isolated patients. “The teams in the war rooms plan and implement various strategies and analyse the trend and current situation in the entire city. They are also responsible for monitoring regular health check-up of positive patients in their respective zones,” he added.

“Community COVID isolation centres were set up with the help of NGOs and social organisation. These 34 centres have 2500 beds and 1500 among them are with oxygen facility. People reluctant to get themselves admitted to a hospital come here. An ambulance is kept ready to shift them to a hospital if their condition deteriorates,” he said.

These centres also proved lifesavers for a number of patients and families who did not have proper quarantine and isolation facilities at home, he added.

A native of Dhenkanal, Pani did his schooling from Police High School in Rourkela. A Political Science (MA) student of Utkal University in Bhubaneswar, he went on to study International Politics at JNU, New Delhi.

“In 2004, I cracked the IPS exam and had also enrolled for training. The following year, I got through IAS and opted for it,” he said.

Odisha cannot but feel proud of him!

What Is Long COVID? Know Symptoms & How To Deal With Them