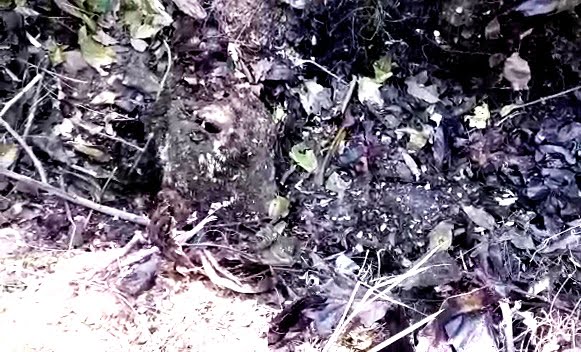 Bargarh: The State Crime Branch (CB) on Monday began its investigation into the death of a tiger, whose decomposed carcass was found in a pit inside Debrigarh Wildlife Sanctuary in Bargarh district on October 29.

According to reports, a team led by the DSP Bilasini Nayak arrived at the sanctuary this morning.

Sources said the team will have a meeting with DFO (Bargarh) Abhaya Kumar Dalei and interrogate the four arrested persons, who had admitted to have killed the tiger.

On November 3, Additional Director General (ADG), Crime Branch, Santosh Upadhyay had told the media that a thorough probe would be conducted on the basis of the detailed report it had received from the Forest Department.

Talking about the arrest of four persons involved in the incident, the ADG had said that  there was a possibility that poachers from the neighbouring Jharkhand may have committed the act. “We will also include this aspect under the purview of our investigation, which will be dispassionate and impartial,” he had pointed out.

On the other hand, Regional Chief Conservator of Forest (RCCF), Odisha, OP Singh maintained that the decomposed pugs and the moustache found near the carcass and seized by the forest staff on November 2 were that of a Royal Bengal tiger.

According to the statement given by the four arrested, identified as Satyaban Sahu and Sushil Bhue of Khajuria village, Gouri Mirdha of Kudapada village and Jakria Tudu of Mundapada village, they had laid a trap near a field on the outskirts of the sanctuary on October 13 to catch wild boars. The following day, they found a Royal Bengal tiger in it. Later, they killed the tiger and took off its moustaches and nails after severing its head and then dumped in an open pit inside the sanctuary. The four were forwarded to the court on Sunday.

A two-member team of the National Tiger Conservation Authority, which had arrived in Bargarh on Sunday evening, will also begin its investigation into the incident on Monday. The team will submit its report within 10 days.

The NTCA had earlier sought a detailed report from the state Forest and Environment Department on the circumstances leading to the death of the big cat and the action it had taken so far.

Odisha Govt Hikes DA Of PSU Employees By 2 Per Cent

Look Who Came Out To Wish Ravindra Jadeja A Speedy Recovery!