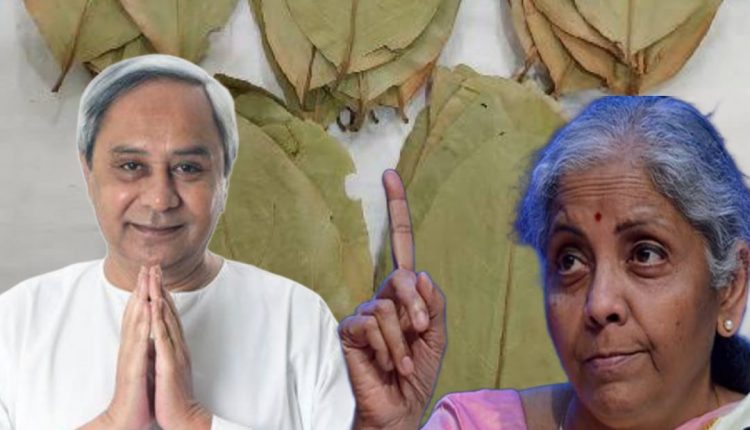 Bhubaneswar: Three days after announcing a special package for the welfare of kendu leaf pluckers, Odisha Chief Minister Naveen Patnaik urged the Centre to withdraw GST being imposed on kendu leaves in the interest of their livelihoods.

In a letter to Finance Minister Nirmala Sitharaman, the CM said, “Imposition of GST (18%) on kendu leaves is adversely affecting the trade. As a result, it affects the livelihoods of Kendu leaves pluckers, binders, and seasonal workers and the implementation of social security and welfare schemes for them.”

Kendu leaf, a Minor Forest Produce (MFP), is the financial backbone of about 8 lakhs of leaf pluckers, binders, and seasonal workers of Odisha and mostly belongs to the tribal community and poorest of the poor of the society, he said.

“The tribal people collect the leaves as part of their rights defined under the Scheduled Tribes and Other Traditional Forest Dwellers (Recognition of Forest Rights) Act, 2006. They have the right to procure and sell these products,” he said while requesting to spare the financial backbone of the tribal people.

On November 23, Naveen announced inclusion of kendu leaf pluckers in the Biju Swasthya Kalyan Yojana (BSKY), and four other benefits as a part of a special package.