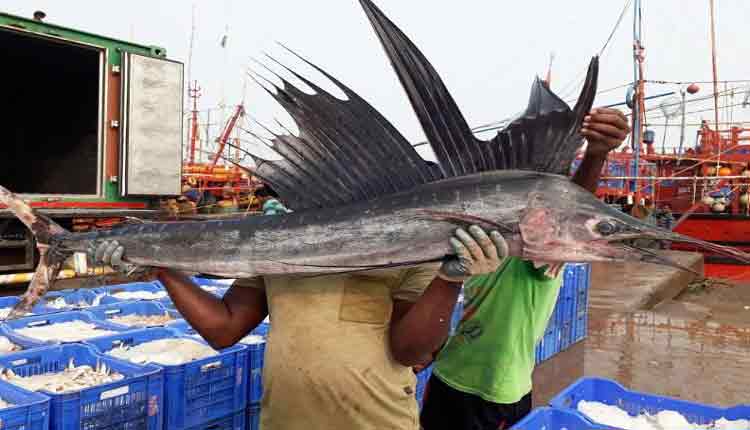 Kendrapara: A fisherman from Kendrapara district had a ‘rich haul’ on Friday after he netted a sailfish, a rare marine species with long dorsal fins. The fish is expected to fetch Rs 2 lakh in the market.

Locally known as ‘Mayura Machha’, the fish was caught by one Madana Debanath of Talachua area in Rajnagar block while fishing in the deep sea in the morning.

The sailfish, weighing around 20 kg, was sent to Dhamra in Bhadrak. From there, it will be taken to Digha, where it’s estimated to fetch 2 lakh, the fisherman said.

The sailfish belongs to the taxonomical family Istiophoridae and is among the fastest marine species with a maximum speed of 135 km per hour.

OPD Of AIIMS Satellite Centre In Odisha’s Balasore To…