Bhubaneswar: Acting on the directive of the Orissa High Court, the state government has directed all aided and unaided private schools to waive the school fees under seven slabs from the 2020-21 academic session. 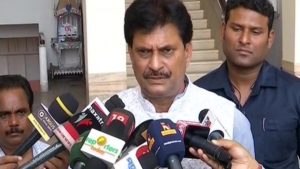 Talking to the media, School and Mass Education minister Samir Ranjan Dash said the private schools have been asked for the waiver of fees as per the directive of the High Court. “We hope that they will abide by the court order,” he added.

As per the notification issued by the School and Mass Education Department on Tuesday, the percentage of the annual fees charged by the private institutions will be waived under seven slabs as mentioned hereunder:

Apart from this, the department has also directed the private schools to waive the hostel fees by 30 per cent and judiciously collect the fees towards food and transport from the parents and guardians in accordance with the situation.

Fire & Steel Within: India Were The Superior Side In Australia; No Way The Underdog