Fire & Steel Within: India Were The Superior Side In Australia; No Way The Underdog 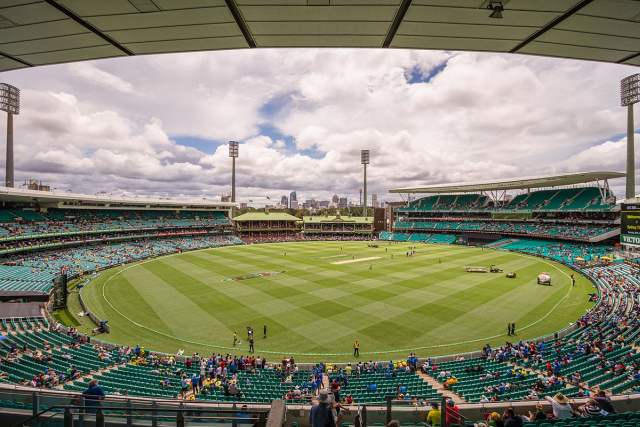 This was a blockbuster from an ensemble cast. Given the circumstances, a less spectacular performance would have left us pleased, but at Brisbane, the characters chose to throw a surprise by redefining audacity itself. India scripted an extraordinary tale of courage and character as fortress Gabba crumbled and its mighty defenders stood humbled. It was not breached in 32 years.

Heroics surfaced in many hues. Cheteswar Pujara took the blows, winced and hopped around, helmet in hand. Yet everytime he was back at the crease, he was more resolute than before. There were at least 11 hits to his body and headgear, but after each he was announcing defiance the old-fashioned way. All those short balls were wearing the bowlers out.

Young Shubman Gill was a picture in contrast. Irreverence and elegance were in place in equal measure as he swatted the best bowling attack in the world with calculated disdain. His 91 set the pace of the chase. Ajinkya Rahane made the Indian intent clear with timely acceleration; Washington Sundar threw in a strong cameo to keep the momentum going; and, of course, there was the man-boy Rishav Pant who has earned the tag of maveric too early in his career. For a change, he decided to curb his aggressive, and often suicidal, instincts to hang on to close a victory.

Yet to bring the Indian show down to the chase of 328 in the second inning of the fourth Test would be unfair to the bigger story. It began in their first outing at the Gabba. Up against a total of 369, India struggled at 186 for six. Then Washington and Shardul Thakur, with a grand combined experience of three Test matches but loads of streetfighting instinct, staged a fightback – mind the word. Fightback will recur everytime this Test series is discussed by the coming generations – with a 123-run partnership that reduced the gap to only 36 runs.

It was then up to bowlers, originally in the squad to provide net practice to batters, and with a combined experience of four Tests, to reduce Australia to 294 in their second inning. The target of 328 was steep, particularly on a cracking fifth day pitch. A draw would have satisfied Indian fans. But then s/he would not anticipate that this bunch of new genaration cricketers, through the series, had refined self-belief in ways immeasurable.

Going back beyond Brisbane, self-belief, indeed, was the signature theme of the team through the series. After an ignominious 36 all out in the first Test with a full-strength team it was easy to get demoralised and demotivated. More so with more and more first choice players hobbling off the field with nagging injuries. The bench was woefully short of experience and any proven ability to deliver in the long format. And yet they jumped back to give Australia a bloody nose in the second Test. The drawn one at Sydney next would be remembered for the 42-over watch involving Ravichandran Ashwin and Hanuma Vihari. The partnership reflected sheer character and resilience.

Just to remind readers of the enormity of the task, Australia was without star players Steven Smith and David Warner when India won the last series in 2018-19. This was a full-strength Australian team with top batsmen firing and bowlers as lethal as ever. They fought with the same dogged quality that they are known for. To win against them, skills and the never-say-die spirit had to work in tandem, backed, of course, by self-belief of a pack of hounds taking down the big kill.

To frame the series in the underdog vs top dog binary would be incorrect. If a team dominates a major part of the series, session by session, then it tells a different story. The underdog can win a battle, but to win a war there has to be something more. And of the indefinable more, India possessed lot. They were the superior side all through, forget the blemish at Adelaide. The ensemble cast had more capacity for heroics than the superstar-driven cast of the opposition.

It reveals something about the evolution of the game. Post the arrival of Twenty20, more specifically the Indian Premier League, the exposure of local talent to global talent is changing impacting the quality of players in a positive way. The new generation is hardly overawed by reputation. While familiarity has taken out the fear of the opposition, skill levels in all dimensions of the game have improved to international standards. If we notice a lot of T20 in Test cricket, either in bowling or batting, it is simply upgradation of skills. Yes, it also highlights the robustness of age group cricket. When the bench is as good as the main team in the middle, something must be going right.

The world has to play catch-up now.

Joe Biden To Take Oath As US President Today; Here Are Some Highlights