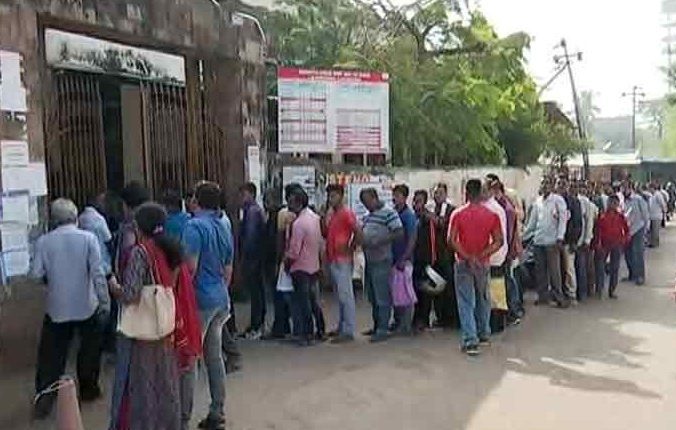 Bhubaneswar: In view of heavy rush at Regional Transport Office (RTO) across the state, the Odisha government is likely to extend the November 30 deadline for updating the vehicle documents

The three-month relaxation period ends on Saturday (November 30) and the government had announced strict implementation of the new Motor Vehicle Act 2019 from December 1.

Talking to the media on Thursday, Commerce and Transport Minister Padmanabha Behera said he had  information about heavy rush of people at all RTOs in the state. “We have taken note of the plight of the people and will decide on whether or not to strictly implement the new traffic rules from December 1,” he added.

The issue also cropped up in the State Assembly during the Zero Hour on Thursday. Raising the issue, BJD member Debi Prasad Mishra said that the people are unable to get their documents in time from the RTOs due to inadequate staff. Barring Bhubaneswar, all RTOs in the state down shutters in the evening. Taking this into consideration, the state government should reconsider its decision.

Supporting the contention of his party colleague, Pradeep Maharathi compared the rush at RTO offices to Jizya tax of the Mughal regime.

Taking into consideration the concerns of the ruling members, Speaker Surya Narayan Patro directed the authorities of the Commerce and Transport department to take appropriate steps in this matter.