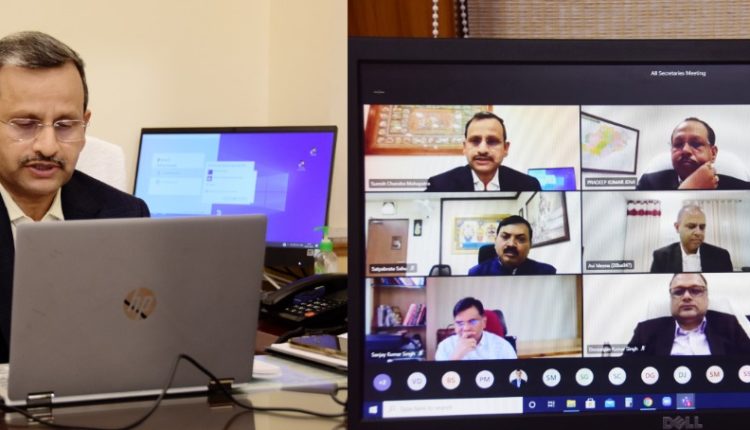 Bhubaneswar: The state government has put high speed internet connectivity to gram panchayats on fast track in order to ensure application of IT in governance transformation. It was revealed at a review meeting of State Level Implementation Committee on Bharat Net project held on digital mode here on Wednesday.

Speaking at the meeting, chief secretary Suresh Chandra Mohapatra said, “In today’s context, internet connectivity is a basic requirement for maintaining high growth rate in rural sector. It will help the process of people’s empowerment and capacity building besides adding to quality education and health services. Panchayats can also be connected through video conferencing”.

It was decided that all government offices including schools, medicals, banks and common service centers would access the broad band connectivity. The telemedicine centres and agriculture kiosks would be connected for facilitating health care, e-learning and profitable agri-commerce. Mohapatra directed to complete the physical work by end of May.

Secretary, Electronics and Telecommunication (E & IT) Manoj Kumar Mishra said with completion of the work, OCAC would be the chief bandwidth provider in remote areas.

The Phase-II work is being executed under the joint collaboration of OCAC, OPTCL and Tarasoft. “This infrastructure will bring all the GPs within the scope of SWAN network. Its dark fibers can also be hired to the telecom and internet service providers on commercial basis,” he said.

One Held For Duping Man On False Promise Of Donating Kidney