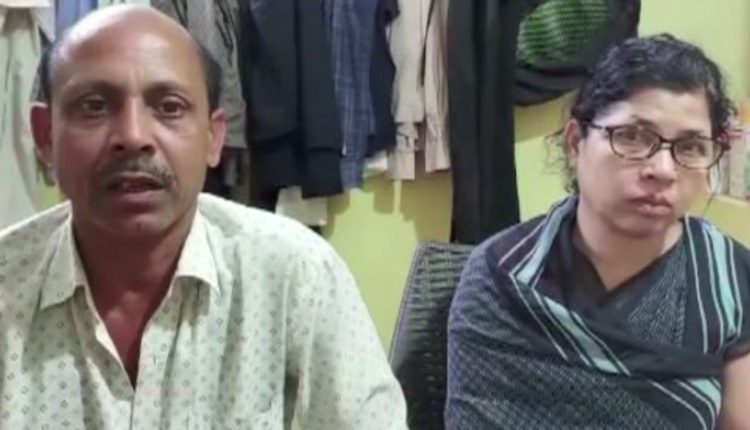 Balangir: Father of Mamita Meher, the Odia lady teacher who was murdered, has recorded his statement under Section 164 CrPC before a magistrate on Saturday.

Mamita’s father Suchandra Meher has been demanding speedy justice for his daughter.

Suchandra and his family were tight-lipped about the case ever since it came to light. The lady teacher went missing and later her body was exhumed from an under construction stadium at Mahaling in Kalahandi district.

Suchandra had earlier claimed that Govinda Sahu and Minister of State for Home Dibyashankar Mishra were involved in the murder. Though police were progressing in the case and collecting evidences, a statement of the family members was necessary for further progress in the incident.

The family has been giving several statements leading to protests by the Opposition parties who also alleged that teacher’s family was under duress.

Meanwhile, all eyes on the details of the statement recorded by Suchandra which would play a major role in the case.

On the other hand, Govind and associate were produced in Bongamunda court on the day.

Police, on its part, has been gathering more details in the case and will be producing the documents in court, stated reports.

The schoolteacher was allegedly abducted in a car from Chandatora Chhak in Balangir on October 8 morning near her native village Jharani under Tureikela police limits.

The 24-year-old belongs to Jharni village under Turekela block of Balangir district and was working as a teacher at Sunshine English Medium School at Mahaling and also served as warden of the girls’ hostel of the school.

On October 19, the missing teacher’s body parts were found buried in an under construction stadium at Mahaling.