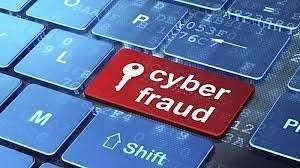 Bhubaneswar: The Enforcement Directorate (ED) has attached assets worth Rs 370 crore of a Bengaluru-based company linked to the instant loan apps case.

The assets were parked in bank accounts, payment gateway balances, and wallets on the Flipvolt crypto exchange. Flipvolt is the Indian arm of Singaporean crypto lender Vauld. The ED had conducted searches at several premises linked to the company, Yellow Tune Technologies Pvt. Ltd, over three days starting August 8, according to a report of The Economic Times.

The Economic Offences Wing (EOW) of the Odisha Crime Branch had arrested Rakshith and Sushanth, residents of Udupi district in Karnataka, from Bhubaneswar in connection with the illegal loan app case on June 10. The accused were directors of Mudmate Technologies Private Limited, Yellow Tune Technologies Private Limited and Pinkleaf Aryan Communications Private limited. Later, Mumbai Police had taken the due on remand.

Rakshith and Sushanth facilitated transaction of illegal lending and recovery process of the loans given through illegal digital loan apps like KOKO, JOJO and other Apps. They were doing this in connivance and collaboration with many other shell companies like IWT-India etc. They were also managing a call centre from Bangalore which used to make threatening and humiliating calls and massages to victim (Loanees) and their contacts.

The ED said its probe revealed that Yellow Tune was a shell company with Chinese nationals on its board, and that funds to the tune of Rs 370 crore were deposited by 23 entities, including accused non-banking financial companies (NBFCs) and their fintech arms, into Yellow Tune’s Indian rupee wallets.

One of the Chinese nationals, identified as 33-year-old Liu Yi, was spotted in Nepal on July 25. Nepal Police confirmed to Mid-Day about the presence of Liu Yi in their country. Nepal Police raided two illegal call centres in Kathmandu and one in Butwal city of Rupandehi district. In the raids, 190 people, including five Chinese nationals and two Indians, were arrested for allegedly being involved in the loan app racket. But Yi managed to give police the slip.

Vauld suspended all deposits and withdrawals on its platform in July, following the collapse of the TerraUSD stablecoin and its sister token Luna. Later that month, Vauld signed an indicative term sheet to be fully acquired by Nexo, another crypto lender, pending due diligence. In July last year, Vauld raised $25 million led by PayPal founder Peter Thiel’s Valar Ventures.