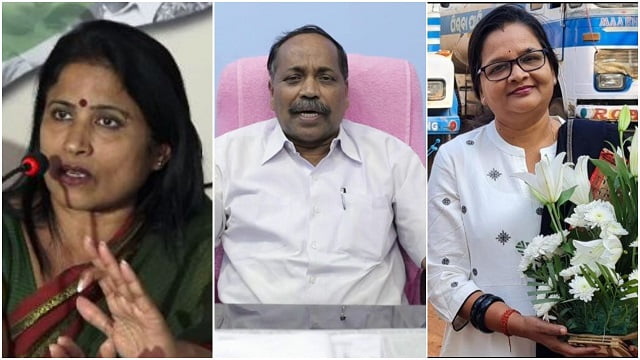 Sulochana, the State Commissioner for Persons with Disabilities, had also served as spokesperson for BJD and had joined the party in 2017 after leaving Congress.

Subhash Chandra Singh, the Rajya Sabha Member, rose from being a labour union leader to contest for the prestigious CMC Mayor post. Talking to mediapersons he said the trust of Cuttack denizens in BJD and Chief Minister will help them come out with flying colours in the election. He hopes to build a new Cuttack with the support of its people. He had worked for the city’s welfare through an organisation ‘Cuttack Banchao Samiti’. He was also party’s national spokesperson and treasure.

The water problem of Berhampur has been resolved because of the efforts of the Chief Minister, said Sanghamitra and added efforts will be made to develop drains and roads, he added and hopes to win the elections with the good work taken up by the party under the leadership of Naveen.

Earlier, Congress had announced its Mayor candidates for BMC and CMC in the upcoming civic body polls.