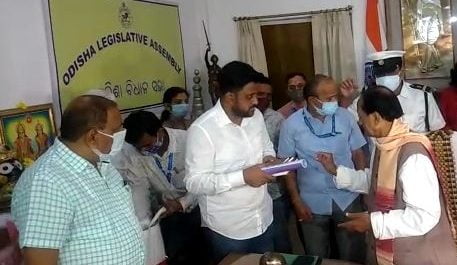 The BJD MLA took oath at the Speaker’s Chamber of the Odisha Legislative Assembly here.

Rudra Pratap, son of late Pradeep Maharathy, polled 96,972 votes to seal Pipili seat in BJD’s favour. He had met Chief Minister Naveen Patnaik on Monday to seek his blessings after the win.

Held on September 30, BJD has increased its vote share by 3 per cent in this bypoll which was necessitated following the death of its strongman Pradeep Maharathy in October 2020. While the vote share for the regional party was 53.6 per cent, BJP got 42.04 per cent votes and Congress 2.36 per cent.