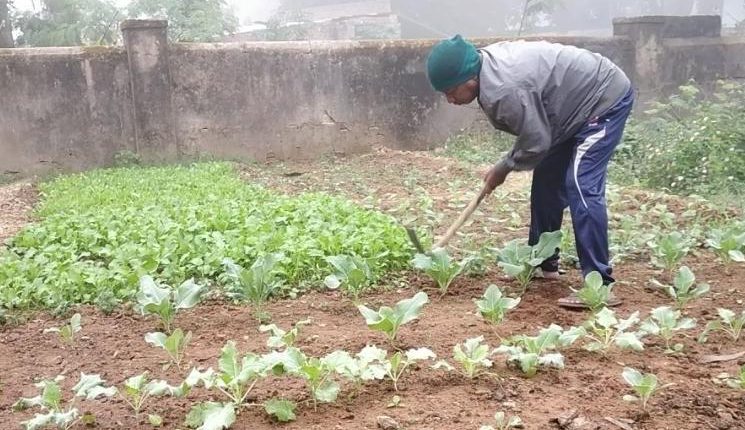 Chhendipada: Block Development Officer (BDO), Sunil Kumar Kerketa is literally a man of the soil. He is happiest when his hands are all muddy with in his garden for that’s where he loves to spend most of his time.
“Gardening may be tiresome for some but not for me. The feeling of reaping the fruit of one’s toi is out of this world,” said Kerketa.

Posted in Angul district, Kerketa loves to go solo in his garden, not for him the trappings of hangers on like peons, gardeners or domestic workers to lend him a helping hand. Right from buying the seeds to planting saplings and watering them, he does it all on his own.

Kerketa wakes up early in the morning and spends the first two hours of the day gardening. His pride of place has 18 varieties of vegetables including brinjal, tomato, lady’s finger, radish, bitter gourd, cauliflower, cabbage, beans, peas etc.

Kerketa was born at Jhunmur village in Sundargarh district in 1973. After completing school education in his village, he did his graduation from a college in Darjeeling in 1997.

Thereafter, he did his Masters in English from Rourkela Government College and taught for four years before cracking the OAS exam. Kerketa started his career as a land acquisition officer for Rengali Irrigation Project in 2005. He has been working as a BDO since 2011, the first two years in Nuapada then till date here.

“Farming provides me a relief from my busy life and helps me relax. Even in office, I try to keep everyone happy and jovial. When I succeed in doing that I feel satisfied,” said the affable officer.