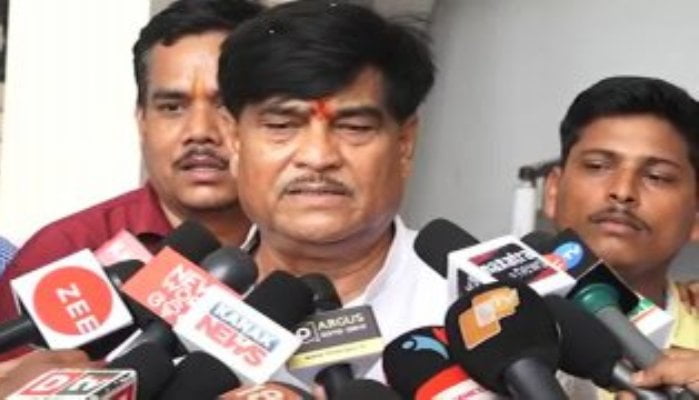 Bhubaneswar: The Odisha government has requested the Centre for the early release of the pending subsidy to complete the paddy procurement process in the state.

Odisha Food Supplies and Consumer Welfare Minister, Ranendra Pratap Swain made the request in a letter to the Union Consumer Affairs, Food and Public Distribution Minister, Piyush Goel on Tuesday.

In his letter, Swain wrote that the Odisha State Civil Supplies Corporation (OSCSC), which does paddy procurement, has so far borrowed a staggering sum of Rs 15,000 crore to run the programme due to non-release of subsidy by the Department of Food and Public Distribution, although it has the pending subsidy claims towards provisional and advance subsidy of Rs 6039 crore.

Since all resources including the sanctioned limit of bank finances has been exhausted by OSCSC, the pending subsidy may be released urgently as further paddy procurement from farmers will be severely affected, he pointed out.

Swain also told the Union minister that the Food Corporation of India (FCI) has asked the state government to limit the delivery of surplus parboiled rice of Odisha to the extent of 50% of the last year delivery and not to accept any surplus in the form of parboiled rice during the Rabi season of the current Kharif Marketing Season (KMS) 2020-21.

“Odisha is primarily a parboiled rice consuming state which is consumed in 24 out of 30 districts. As most of the rice mills in the state are parboiled mill, asking the state to deliver surplus rice in the form of raw rice in Rabi and to limit procurement of parboiled rice in the Kharif to the extent of 50% of last year FCI delivery will have far-reaching adverse consequences for the state,” Swain said.

He also requested the Union minister for his urgent intervention for an early solution to the issues to ensure smooth paddy procurement and delivery of rice in the state.