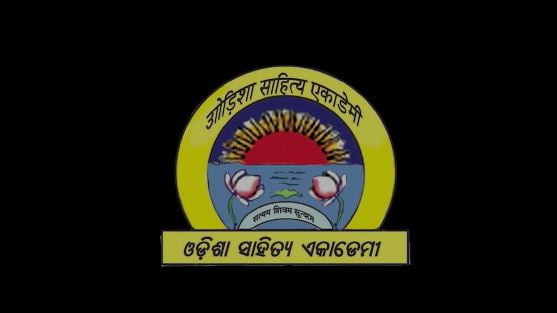 “In the year 1958 Government of Odisha created an institution called Odisha Sahitya Akademi (OSA).  The then Culture Minister Lingaraj Panigrahi wanted me to lead the Akademi as its president for five years. They made me the president for a year and did not extend my tenure thereafter. From the day of my removal, I don’t know where the Akademi is now !!” (Atmajibani, The Autobiography by Nilakantha Das- Cuttack Students Store, 5th edition-2004)

Freedom fighter and one of the finest minds of 20th century Odisha Pandit Nilakantha Das was so disgusted with the Akademi activities that he never looked back to know whether the institution, which he had founded along with others, is alive or dead. That speaks of the historical value and functional spirit (or dispirit) of this premier literary institution of the state from day one.

The rule book of the Akademi describes this institute to be an autonomous body but in reality, it’s purely a parasite and puppet wing of the Odisha government. There is no functional autonomy and as an institute, it runs at the bureaucratic mercy of the Odia Language Literature & Culture Department. All office-bearers and members of the Akademi are nominated by the government. Hence, the government is the real regulator and controller of this institution.

Earlier, the government was less invested in the day-to-day affairs of the Akademi and the usually strong-headed literary giants of the state as the president could convince it to stay away from the literary affairs of the institution. Literary stalwarts like Nilakantha Das, Surendra Mohanty, Sacchi Routray, Kishori Charan Das, Ganeswar Mishra and others ran the institution of their free will and resisted government pressure to protect the autonomy of the Akademi.

Historically, this state body never enjoyed absolute autonomy like Central Sahitya Akademi, New Delhi, but due to the assertive and charismatic leadership of stalwart writers, the institution had basic autonomy and dignity. Unfortunately, today it looks like a lame duck. Writers, who are appointed by the government to run the institution, seem to be clueless about their position and their pathetic leadership quality had turned the institution into a deadpan.

For the last five years, routine annual awards of the Akademi have not been announced and the stalemate in the award process is too complicated that these may not announce in near future. Never in the history of the Akademi has the president sought clarification or permission from the government to frame the rules for the awards. It was always the job of the executive committee and the general council to frame the guidelines and declare the award every year within a particular time frame. It is the duty of the secretary to communicate the decision of the executive and general council to the government. Since it is an autonomous body, the government usually never objects to the Akademi’s decisions unless it violates the basic rule book. Ignoring the Akademi’s rule book, the current office bearers are proving to be ‘more loyal than the king’ and seek the Culture Department’s guidance in its day-to-day affairs. With them surrendering to the Babus, the Akademi has become completely paralyzed.

The only activities of the Akademi, those are visible to the writers of the state, are best known as ill-attended meetings. They do organise traditional meetings to celebrate the birth and death anniversaries of legendary writers which are attended by a handful of people. The event organising skill of the Akademi has never been updated and they lack the curatorial vision to hold effective literary events. The meetings have instead been reduced to boring speeches with Babus of the Culture Department attending these literary events as guests.

The Central Sahitya Akademi, New Delhi, runs with a standing rule of not inviting politicians or bureaucrats (unless he/she is an accomplished writer) to its events. It is just the opposite for events of OSA, where ministers, secretaries and directors are the permanent guests. At district level events, local collectors and politicians have become the dominating voices for literature on the dais. A writer, who has a little self-respect, would certainly avoid attending an event where non-literary Babus and Netas are invited to lecture the literary community.

It’s unfortunate to see that the president of the Akademi has completely surrendered to the whim of his bureaucratic masters and allowed the events to be phony, pompous and disastrously non-creative. The basic duty of the Akademi is to declare the annual awards and felicitation to elderly writers has been thrown into uncertainty. Today, every writer in the state wants to know from the authorities, whether the Odisha Sahitya Akademi does exist or it’s dead forever?

4 From Odisha In Indian Squad For Asia Cup; Birendra Lakra Vice-Captain; No Place For Rohidas