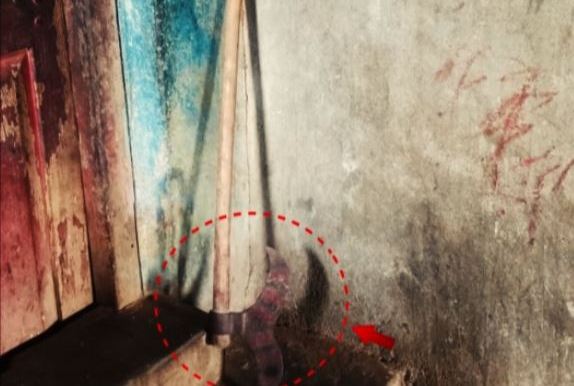 Balangir: Patnagarh Police have found a pit and keys of two bikes from the house at Sanrapada village, where six members of a family were brutally murdered on November 10 night.

A senior police officer said that a two-and-a-half feet pit has been located.

“From the circumstantial evidence, it is suspected that the assailants had the information that the deceased Bulu Jani had hidden money and ornaments inside the pit,” the officer said.

The keys recovered, however, do not belong to the two bikes kept inside the house. Apart from this, the fuel pipes of these two bikes had been cut with a blade and a bottle with some petrol is found outside the house, the officer added.

A day after the incident, five sons of Bulu Jani—Bikash, Saroj, Feroz, Srilal and Samir—living at a slum near the railway station in Bhubaneswar, arrived at their village and identified the two persons, detained in this case, as Bhola and Siba. They told the police that the duo had an altercation with their parents and suspected their involvement in the murder.

Meanwhile, on the basis of the statement of the two detainees during interrogation, police have detained two more persons Bablu Jani and Suresh Majhi.

Nitish Kumar To Be Bihar CM For Fourth Straight Term