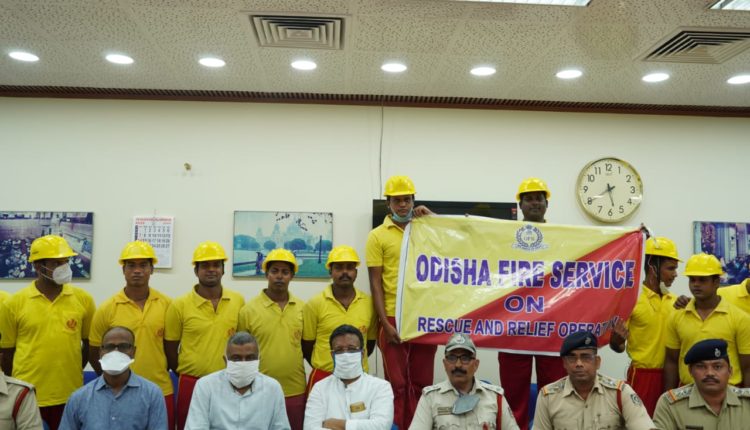 Bhubaneswar: A team of 372 Fire Service personnel, under Chief Fire Officer of Odisha Govt Maheswar Swain, came in for high praise for their role in restoration and rehabilitation work in West Bengal in the aftermath of Cyclone Amphan last month.

All of them will undergo 14 days of institutional quarantine and will undergo tests for COVID-19, the cost of which will be borne by the Odisha government.

Amphan, which made landfall in Sunderbans on May 20, caused extensive and unprecedented damage to Kolkata and its adjoining areas. The Odisha government deputed a large team to help West Bengal recover.

The team members were equipped with all types of disaster response equipment like power saws, tower lights, combitools, bolt cutters, life lines etc. They were divided into 30 sub-teams with 10 members each, headed by one station officer, and deployed in 16 boroughs in the capital city of West Bengal.

In recognition of their service, Mayor of Kolkata Firhad Hakim and Principal Secretary, Disaster Management, Govt of West Bengal Dushyant Nariala issued letters of appreciation for the Odisha fire service personnel. They were also felicitated for clearing the main roads, thousands of fallen trees and electric poles with wires dangling all over.

Another Shramik Special With 681 Migrants Arrives At Rourkela