Odisha To Showcase Bajasal Dance At R-Day Parade In Delhi 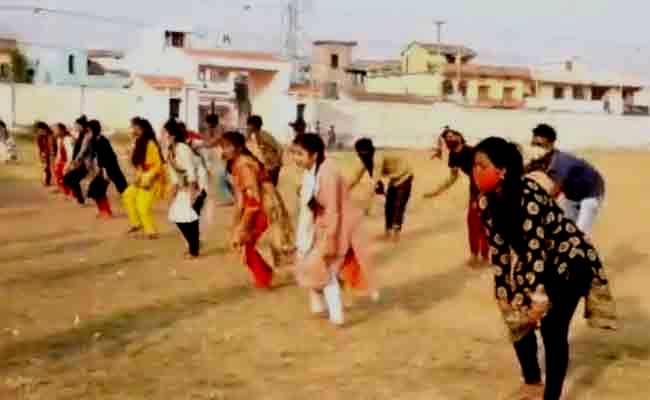 Bhubaneswar: Bajasal, a tribal folk dance of Odisha’s Kalahandi district, will be showcased at the Republic Day parade in New Delhi this year.

Around 80 Bajasal artistes from Pratibha Anusthan of Kalahandi, led by their Guru Dhyanananda Panda, will leave for the national capital on Sunday.

Odisha is the only state from Eastern India to showcase its tribal dance this year.

“It is a moment of pride for the people of Kalahandi district as the Centre has selected the Bajasal dance for the Republic Day parade. We will reach Delhi on January 4 and start our rehearsal the next day,” Panda said.

Bajasal is part of the repertoire of Sambalpuri dance forms, which also include Dalkhai, Rasarkeli, Maelajada and Chutkuchuta. Especially, the Bajasal dance form has been popularized by the artistes of the different organisations of Kalahandi district.

Bajasal is an open space outside a house, having wooden poles, rafters and a roof covered by small tree branches and leaves where the youngsters play traditional drums (Dhol) and musical instruments called “Singhabadya” and Mahuri etc. throughout the night during any marriage ceremony or festive gatherings in the rural area of Kalahandi district.