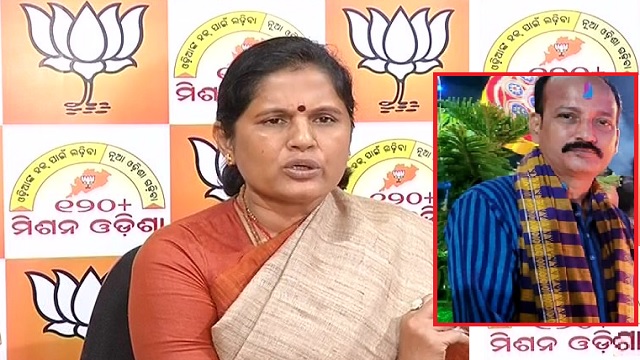 Bhubaneswar: The alleged death by suicide of BJD Zilla Parishad (ZP) member Dharmendra Sahoo took a new twist after an audio clip, in which he can be heard listing out names of seven persons, including his wife, father-in-law and School and Mass Education Minister Samir Ranjan Dash, as the reason behind his decision to end his life, went viral.

According to sources, the Commissionerate Police will probe the veracity of the purported telephonic conversation between Sahoo and a journalist, Akhaya Nayak, released by BJP leader Pravati Parida during a presser on Tuesday, and also visit Gop in Puri for further investigation.

“Sahoo had called his friend and held Dash responsible for his decision to end his life. He also asked his friend to record the conversation and make it public,” Parida said

“Earlier we doubted his (Dash) involvement. Now as it has been confirmed that he is a party to it and should be brought under the purview of investigation,” she said, urging the chief minister to sack him from his cabinet.

It is pertinent to mention here that Sahoo’s smartwatch and hard disk of CCTV, which was installed at his residence, were sent for forensic examination on Tuesday. He was reportedly operating the CCTV through his smartwatch. It is suspected that he might have sent messages to somebody through the watch before his death.

On Sunday, his two mobile phones were also sent for forensic test after a dog squad traced those a few metres away from his house at Laxmi Vihar in Sisupalgarh the previous evening. The mobile phones, which were recovered from the bushes, were found switched off.

Hours before allegedly ending his life, Sahoo had uploaded a video on his social media account requesting the police to examine the contents of his mobile phones. This was his second attempt to commiting suicide.

Notably, Sahoo’s father-in-law alleged that he was addicted to alcohol and had forced his nephew, who was staying with him, to leave the house on Friday evening. The BJD leader also threatened his wife with dire consequences, following which he took her and his grandson to his place at 10 pm.