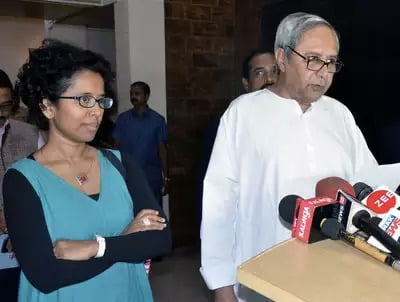 Bhubaneswar: Featured on the cover of Fortune Magazine (2017) and voted into Financial Times’ 2012 list of “25 Indians to Watch”, one of the 2019 BBC 100 Women laureates, Odisha-born Susmita Mohanty was recently conferred with Women Transforming India Awards by NITI Aayog.

A part of the Azadi ka Amrit Mahotsav to celebrate 75 years of India’s independence, the WTI Awards celebrate their contribution towards a ‘Sashakt Aur Samarth Bharat’.

Susmita is the co-founder and CEO of, India’s first private space start-up EARTH2ORBIT, which played a pivotal role in opening up the US launch market for India. MOONFRONT, a boutique space consulting firm in San Francisco, marked her entry into space entrepreneurship in 2001. She also co-founded LIQUIFER, a trans-disciplinary space architecture firm in Vienna (2004-ongoing).

She is the only entrepreneur in the world to have started space companies in three different countries. She has been invited for talks at the World Economic Forum, International Academy of Astronautics and United Nations.

In 2021, she launched India’s first space think tank Spaceport SARABHAI with a mission to give India an international voice; grow the body of knowledge that informs critical areas of space law and policy; build public perspective through writings, debates and discussions; transform India into a developed space economy by 2030.

Though she was born in Cuttack, her family shifted to Ahmedabad, where she did her bachelor’s degree in electrical engineering from Gujarat University and master’s degree in Industrial Design from the National Institute of Design. completed She then completed her Masters in Space Studies from the International Space University in Strasbourg.

During her tenure, Mo School created history in the world of alumni philanthropy in India by raising nearly US$ 4.25 Million in just ten months. She held the post till May 2019.

(With inputs from The Moonwalker and London Speaker Bureau)