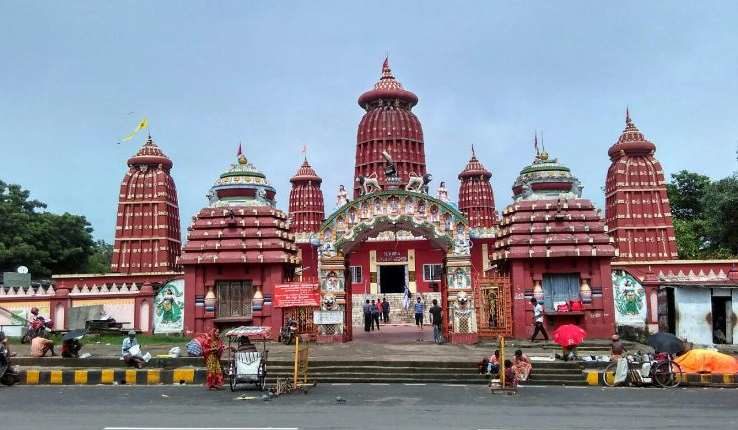 Just a few weeks back, someone casually remarked on Twitter that as an Odia, he had hardly ever been to a Ram temple within Odisha. It could have been ignored as just another personal statement in another time, but not during that highly politico-emotional environment around the Bhumi Pujan of Ram Mandir in Ayodhya.

Soon, it became a small debate by itself — whether there are enough Ram Mandirs in Odisha (political undertone: whether the appeal of Ram is strong for Odias or whether traditionally, the Ram culture has been strong in Odia). While some joined the debate purely to project political viewpoints, many others displayed strong interest in the culture and religion in Odisha. Of course, social media, especially Twitter, has a lot of people with better-than-average knowledge on the subject, but not being researchers or academicians, their knowledge is more of a collection of facts and incomplete. Many threw anecdotal facts, some disguised as authentic information, to prove their respective points.

The data journalist in me started wondering if it was possible to analyze data to answer the question: how many major temples in Odisha are dedicated to which god/ deity? It could provide an answer if there really are ‘equal number of Ram temples as there are Ram Krishna temples’, as claimed by a few, but could actually tell much more. By that time, my interest had clearly gone beyond the Ram Mandir question.

But the most critical requirement for embarking on such a data analysis journey is data itself — the availability of credible data, to be precise. And not of the UNESCO’s-selection-of-the-best-national-anthem variety!

Thankfully, such a credible data source was available in form of a fairly comprehensive work on Odisha’s temples – a three-volume compendium called The Forgotten Monuments of Odisha, published by the Publication Division, under the Ministry of Information and Broadcasting, Government of India, in 1996. The three books, edited by well-known archaeologist Dr Bijay Kumar Rath, lists close to 3000 unprotected monuments and buildings of special interest in all the districts of Odisha (before formation of newer districts in 1993), compiled by Odisha regional chapter of INTACH. The book is not just credible, but also fairly comprehensive.

But being available in the form of hard copy, the counting had to be manually done by this writer. But it was exciting, as it was throwing new insights as one progressed from one district to another.

And here is what the data — based on the analysis of 2105 Hindu temples (non-religious buildings and non-Hindu religious monuments were excluded for analysis purpose) — reveals.

It must be mentioned that religious maths with clear presiding deities are taken into considerations. A predominant number of such maths has Radha Krushna as presiding deities. Some have Ram and some others have Jagannath. There are very few Shaivite maths.

This is what the data throws up when one gets into (older) district-level insights.

• Undivided Puri, Ganjam, Cuttack — in that order — account for the highest number of temples. They together account for two out of three (65.7%) temples in Odisha.
• The above three districts, with (old) Sambalpur and Bolangir, account for four out of 5 temples in Odisha.
• Undivided Kalahandi is the only district where Devi temples are more than Shiva temples. No other district has temples of any other deity that is more than Shiva temples.
• Undivided Ganjam is the only district where Vaishnava temples (Jagannath/ Ram/ Krushna/ Vishnu-Narayan/ Nrusimha) are more than 50% of the total number of temples. Jagannath temples are taken as Vaishnava temples, because in many such temples side deities are predominantly Radha-Krushna.
• Puri, despite having more than 100 Radha Krushna temples still has predominantly Shiva temples because this data is for undivided Puri, including Bhubaneswar, which is known for its plethora of Shiva temples.

The temple data analysis shown here should be taken for what it is: number of temples. It, in no ways, says anything about broader worshipping of a deity, let alone about culture.

For example, Odisha is identified with Jagannath culture, but actual Jagannath temples are very less. That may be because it is the Puri Jagannath temple that is considered the prime temple. In contrast, Devi is worshipped as reigning deity (adhisthtri Devi) in different regions. Even Shiva, though worshipped as Linga, has various names.

Similarly, number of Ram temples notwithstanding, Ram is very strongly entrenched in Odia culture with the Ramlilas in various regions and the evergreen classic Odia devotional, Bhaju kina Rama nama, incidentally the signature song of the Kendara-playing Nathajogis of Odisha, who themselves are Shaivites.

Finally, the disclaimer: no statistics can ever fully explain subjects like religion and culture. But any discussion becomes more meaningful with the background information in place. This should primarily serve that purpose.

Function Hall Of Ram Mandir In Bhubaneswar Sealed; Know Why

Ram Mandir To Be Built By Adopting Ancient &…

Fact Check: Which Photo Of Ram Mandir Was On New…